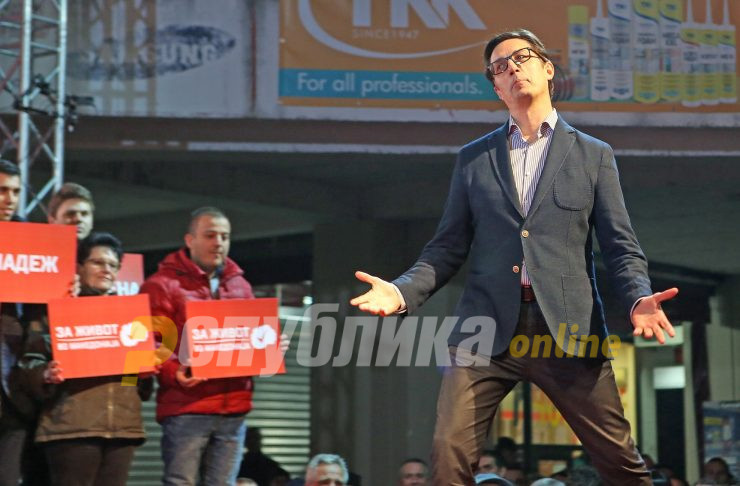 Stevo Pendarovski declared victory in the presidential elections, as the official count went over 90 percent and he maintained a lead of about 60.000 votes against Gordana Siljanovska – Davkova.

My people, I thank you. I thank you Macedonians, Albanians, Roma, Turks, Bosniaks, Vlachs and the others, who decided that we should continue forward in crystal clear elections. This is a dignified win for our wise people, regardless of its ethnic or political background, we united go forward, said Pendarovski.

The SDSM – DUI candidate made a point to say a few words in Albanian, a bow to the fact that, while he clearly lost the ethnic Macedonian vote, near unanimous voting by those ethnic Albanians that turned out in his favor delivered him the winning margin. Pendarovski echoed comments from Zoran Zaev and Ali Ahmeti, and said that his win means that the European Union will now reciprocate and give Macedonia a date to open accession talks.

The outcome guarantees our path forward to the EU and NATO alliance. We emerged from the dark and the depths. We go forward together, Pendarovski said.