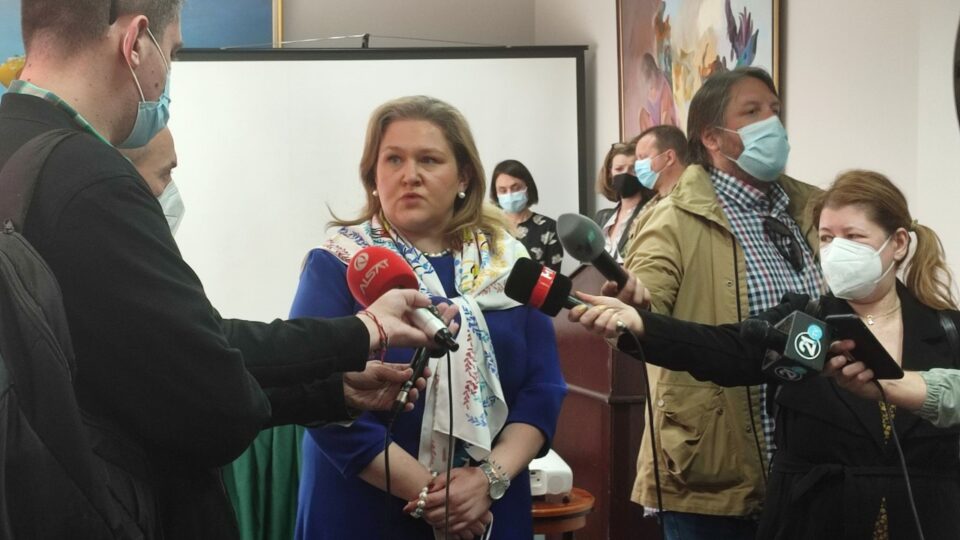 Our security situation is stable. At the moment there are no indications of direct threats against us from a security point of view. So far, no intrusions have been registered in terms of hybrid threats or any more serious actions, but several institutions in the country that are in charge report daily and deal with some minor forms of such occurrences, said Minister of Defense Slavjanka Petrovska after the presentation of the new internal public procurement management system in the Ministry of Defense.

In terms of hybrid threats, Macedonia as part of NATO, but also in general as a country in the Balkans is constantly under some pressure or potential threat, said Petrovska.

She added that one of the major benefits of NATO membership is that Macedonia has the capacity to guarantee its own security, but is also part of the Alliance’s collective security system.

When asked by a journalist what are the reasons for the expulsion of Russian diplomats and whether they are related to the security of the country, Minister Petrovska stressed that the Ministry of Foreign Affairs is competent to react to the information it receives by security – intelligence services.

This is a case when the Vienna Convention on the Conduct of Diplomats in our country was violated. Which means that with their actions they in some way violated their authority, said the Minister of Defense.

Asked about the deployment of our troops in the NATO’s eastern flank, a question that was discussed in Brussels, what kind of equipment and what was requested from our country, Petrovska said that it was not about sending troops from the Macedonian Army, but about the need for strengthening NATO’s east flak, which is being implemented by all 30 allies. The countries that have been determined where the presence of NATO forces will increase she said were Bulgaria, Romania, Poland and Hungary.

Given the dynamics on the ground, if such a thing is specifically requested from us, we will respond accordingly, said Defense Minister Petrovska.

Petrovska at meeting of NATO Defense Ministers in Brussels

Petrovska: We are on the right side of history

Petrovska: No decision yet on sending troops to NATO’s eastern flank