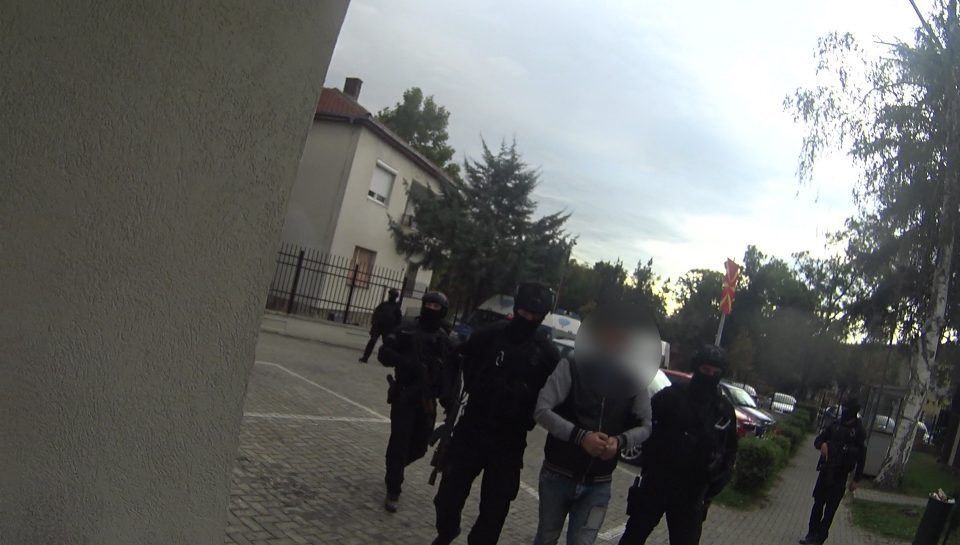 A series of raids led to the arrest of 10 men who were trafficking migrants through Macedonia. The arrests were conducted mainly in the area of Lipkovo, a village on the border with Serbia, which is a major staging ground for illegal migrants, and in Bogdanci, on the border with Greece. Charges are filed against a father and son from Bogdanci, a man from Skopje and a man from Lipkovo, all suspected of organizing the trafficking, as well as against their helpers. A total of 10 homes and officers were raided around Kumanovo, Skopje, Gevgelja and Stip.

The group coordinated its activities with traffickers from Greece who would take groups of migrants across the border, mainly using trails near Gevgelija and Dojran. Once over the border, guides linked to the group would take the migrants to a pick up point where they would be taken with vehicles and driven north, in the area of Lipkovo. There, the migrants would be housed in the village and would wait for an opportune moment to cross the border into Serbia. 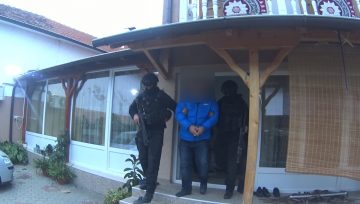 Over ten months, officers have documented that the group transported at least about 100 illegal migrants through Macedonia – most of them citizens of Afghanistan, Pakistan, Syria, Iran, Egypt and other countries in the Middle East and Central Asia. Each migrant paid between 500 and 700 EUR for the “service”.

Besides the ten detained men, two more are being charged – one of them is already detained. Macedonia is on the Balkan migrant route which, while largely closed for massive movement since 2016, continues to trickle groups of illegal migrants up north.

Two arrests made in relation to the scandalous Telegram group