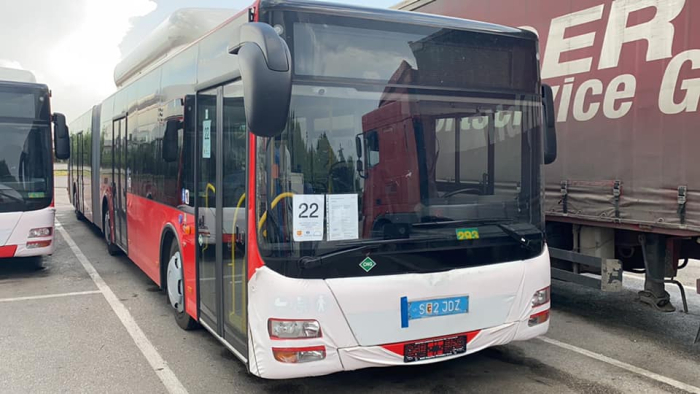 Private bus companies protested today in front of the headquarters of the Public Transport Company (JSP) in Avtokomanda, where they demanded a meeting with the director.

They demand from the director of JSP an explanation about the unpaid debt, which, as they say, as of November, will amount to around two million euros. During the day, it is expected that they will have a meeting with all councilor groups of the Council of the City of Skopje to find a solution to the problems they are facing.

For the fifth day now, private bus companies are not operating because of the unpaid debt of JSP to them.

Yesterday, they were accused by the Mayor of the City of Skopje, Danela Arsovska, that since 2017 they have been charging tickets and not reporting the money, and they have been invoicing 400,000 euros from JSP every month. In denial of such accusations, the bus companies said that they are not involved in ticket collection at all.