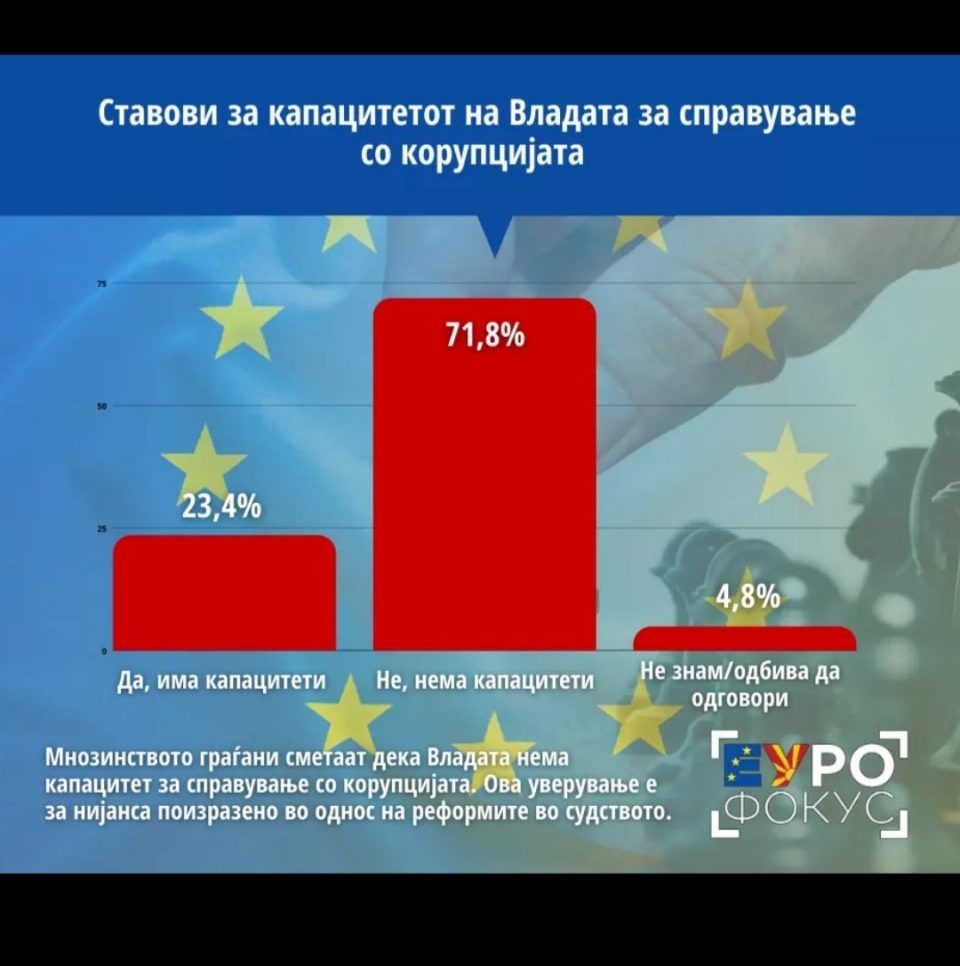 A poll conducted by Telma TV and the MCMS organization showed that 71.8 percent of the citizens do not believe that the Zaev Government has capacity to deal with corruption in Macedonia. Only 23.4 percent of those polled said that they trust Zaev on this issue.

Zaev grabbed power in 2017 after a Colored Revolution during which he was promising to fight for the rule of law. The promises were quickly dashed as the main symbol of his “revolution”, Special Prosecutor Katica Janeva who helped Zaev to power by prosecuting his political opponents, was herself revealed as grossly corrupt. A long list of corruption scandals involving Zaev, who was once officially pardoned and once suspiciously exonerated for corruption, quickly followed.

This segment of the poll was tweeted out by Telma journalist Bobi Hristov.

It is significant since Telma is a strongly pro-Government TV station. It’s parent company Makpetrol was recently involved in a highly controversial deal with Zaev, under which it received 33 million EUR for its share in Macedonia’s only international pipeline – a deal which nobody in the Government dared approve because of the obvious overpaying, so Zaev pushed the Parliament to adopt a special law.

Nikoloski: Our positions are clear, we demand Macedonian language without any explanations

Maricic dined at fancy restaurants at the expense of the state