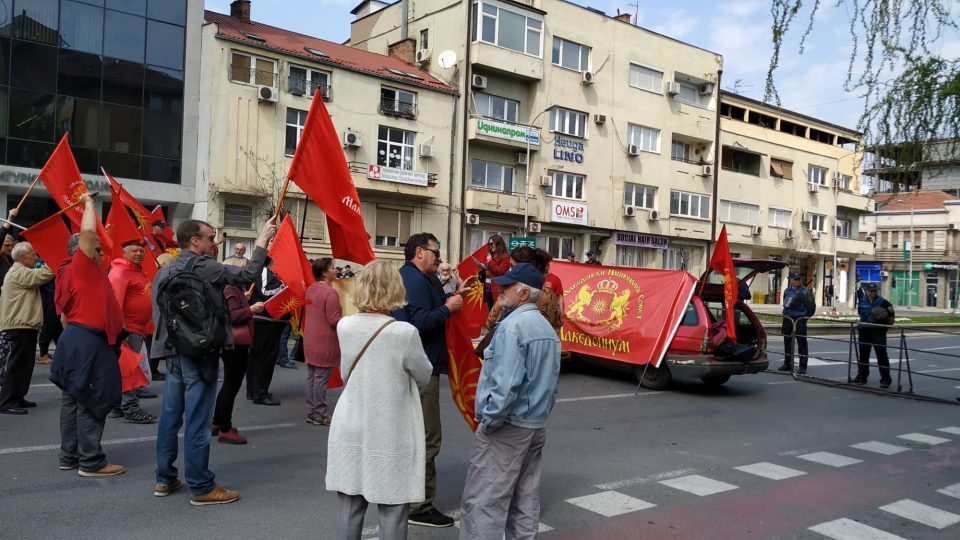 Twenty representatives of NGOs “Makedonium” and “Prerodba”, welcomed Greek Prime Minister Alexis Tsipras with a protest in front of the government building.

Holding flags with Vergina sun, they say that the only name of the state is Macedonia and that its citizens are ethnic Macedonians.

They call Tsipras a fascist and say he is not welcomed here. According to them, Zaev did not have any legitimacy to sign the Prespa deal and to negotiate on behalf of the Macedonian people.

Protesters say the deal is invalid and will be ousted. They say Zaev has no dignity, and that Greece persecutes Macedonians on its territory, Sloboden Pecat reported.