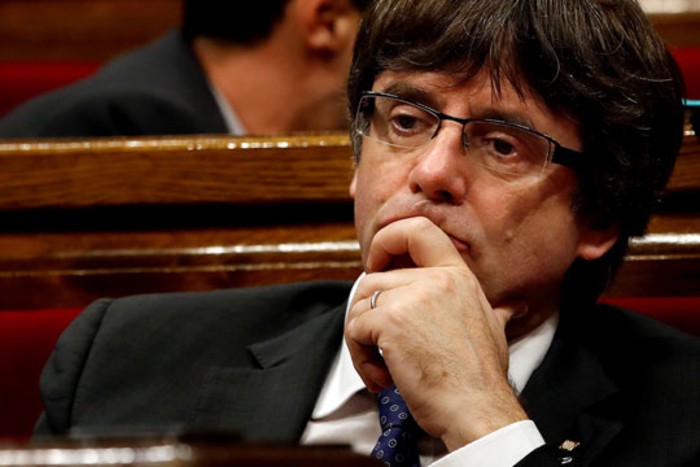 Calatan separatist leader Carlos Puigdemont dismissed comments that Catalonia is not fit to secede and become an EU member state citing the fact that countries like Macedonia, Albania and Kosovo are negotiating with the EU.

They told us: ‘Taking in Scotland, Catalonia, Flanders – that would be too complicated. We could take that, but at the same time the EU was seeking to expand from 28 members to 30 or even 32. They are negotiating with Kosovo, “North” Macedonia, Albania on their accession, Puigdemont said in an RT interview with former Ecuadorian president Rafael Correa. Macedonia and Albania are candidate countries, although their request to open accession talks are blocked, while Kosovo is still not recognized by all EU member states.

The outcome of the general elections in the UK, which delivered a large pro-Brexit majority but also an excellent result for Scottish nationalists, has re-ignited the call for Scottish independence. Puigdemont meanwhile remains in exile and Spain cracks down on Catalan separatists.

Mapmakers will have to make changes many times, because, thankfully, borders do change. Our aspiration is that those changes were enacted not through wars, marriages among royal families, and colonization, but according to the will of the people, he added.