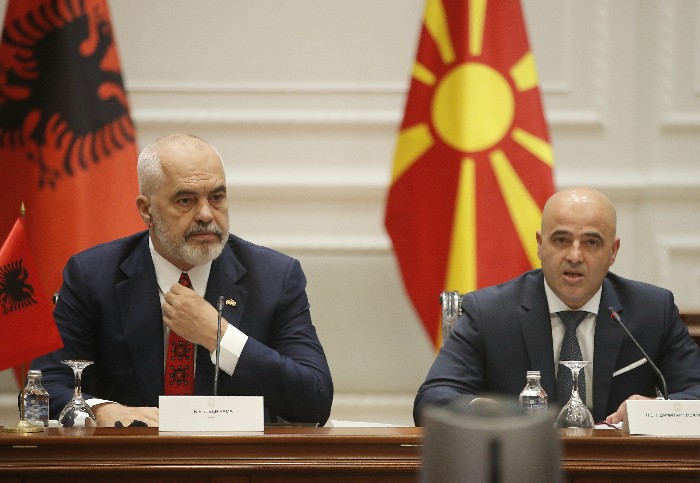 There is no other path in facing challenges and difficulties in the region – from climate change to conventional warfare – than cooperation, creation of new synergies and adapting in a situation where we are very small but have a lot to do for each other, Albanian Prime Minister Edi Rama told a joint session of the countries’ governments in Skopje on Monday.

Today our two countries opened the negotiation process and actually made a big step forward. On December 6, an EU Summit with the Western Balkans will be held in Tirana and we will be there together. I believe we will make more strides there, in order for the Union to include us more in all efforts to organize when confronted with high electricity prices and inflation. On the other hand, let’s build a common plan that will give us the opportunity to look beyond this phase that is very difficult, and gloomy and that we have to overcome, Rama said.

The Albanian Prime Minister believes that we don’t have to wait for the end of the war to project the future, and from this aspect, he added, Albania and Macedonia made preparations trying to project themselves into the future, from the point of view of the Western Balkans, as our region and the EU as our destination.

I believe that Open Balkans has given us new opportunities to look beyond yesterday to understand how we can overcome the present and at the same time project a future that will maximize the abilities of our countries to acquire a larger space than ours space geographically now, Rama emphasized.

The Albanian prime minister recalled the results achieved within the framework of the Open Balkans and said that they will continue to support the Berlin process, because, as he said, the two are connected to each other.

State Department Counselor Chollet arrives in Skopje, what messages will he convey?