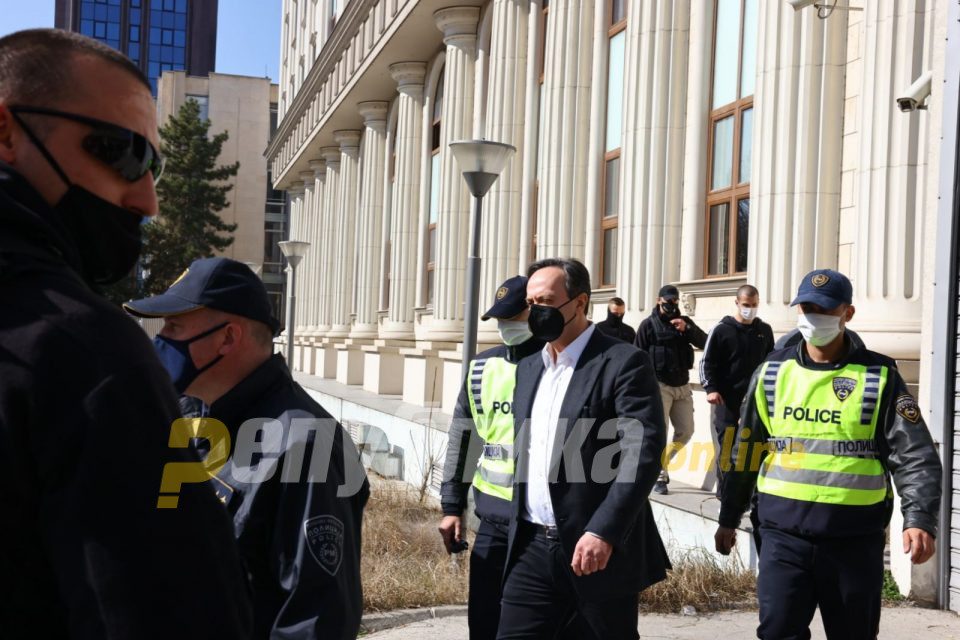 Former state security chief Saso Mijalkov reportedly offered 7.5 million EUR as guarantee to the court, as his legal team is requesting his release from detention. Mijalkov was sentenced to 12 years in prison for the 2015 wiretapping scandal and briefly fled from the police – likely to Serbia – before returning for his sentencing.

Even though the sentence is not in force, due to his appeal, he has been kept in detention for months in the Sutka prison near Skopje to prevent another escape. The court should decide whether to accept his bond in the next few days.

Mijalkov was a top official of the VMRO-DPMNE party and is a close relative of former Prime Minister Nikola Gruevski. But, after Zaev’s powergrab in 2017, Mijalkov made an arrangement with Zaev and provided him with the votes needed to impose a name change on Macedonia, and worked to try and divide VMRO-DPMNE. In exchange, the numerous trials initiated against him by former Special Prosecutor Katica Janeva were dragged out and he was given a chance to flee the country.