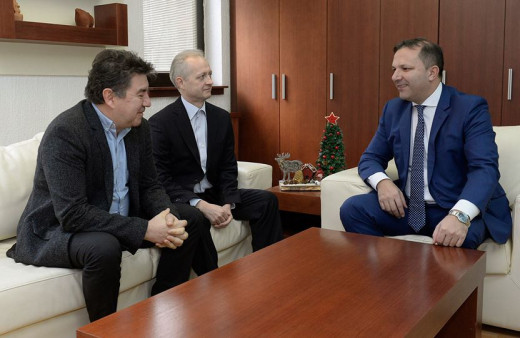 Interior Minister Oliver Spasovski announced on Thursday that he has returned two disgraced former UBK officers to their jobs. Georgi Lazarevski and Zvonko Kostovski were charged in the 2015 wiretapping scandal with abusing the UBK system to spy on office holders for years and then delivering the recordings to the SDSM party.

Considered heroic whistleblowers by SDSM, which used these tapes to gain power, the two will now again work in the largest secret police service in Macedonia, which is in dire need of being reformed and put under civilian control.

– Professionals will always be welcome in the Interior Ministry, said Spasovski, using the term popularized by the Serbian movie The Professional, which depicts how the secret police interferes and controls the political life of a country.

Kostovski confessed that he worked as part of a rogue UBK group led by former UBK chief Zoran Verusevski, and that he gave Verusevski the wiretaps. Verusevski and SDSM leader Zoran Zaev were also charged in the same case, named Coup. But, the Special Prosecutors Office refused to pursue charges against them any further, and insisted that the culprits for the wiretapping were among the VMRO-DPMNE appointed officers in the UBK, despite the fact that all wiretaps that were made public were of VMRO-DPMNE officials.