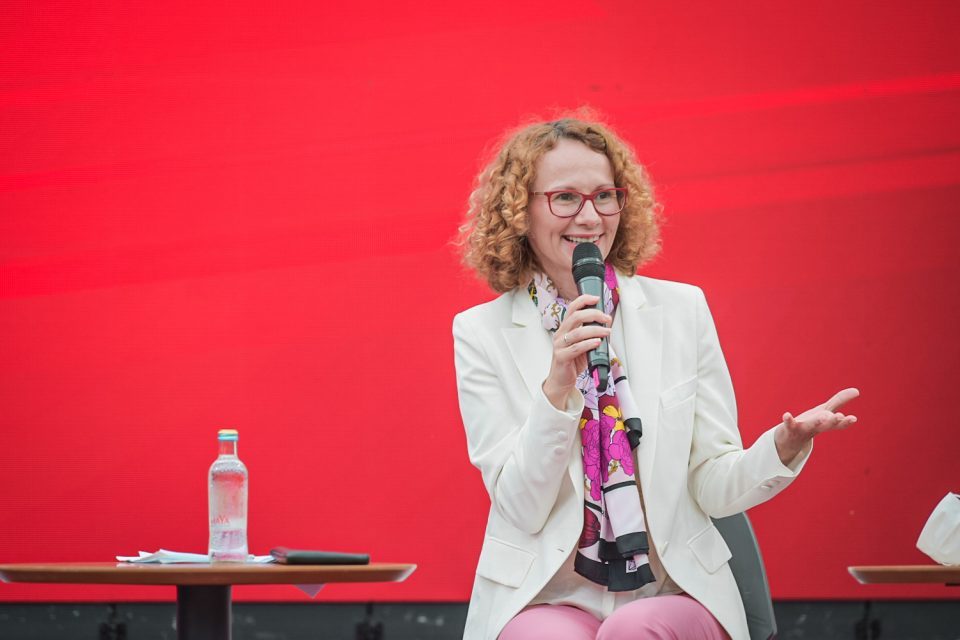 Macedonia’s Minister of Defense Radmila Sekerinska stressed Wednesday that the time has passed when the defense ministers in the region make statements, such as the one made by the Bulgarian Minister of Defense Krasimir Karakachanov, and that someone should consider them serious and that such communication does not befit NATO member states.

The Macedonian language, the Macedonian people are a reality and neither political negotiations nor political skirmishes will change that reality. However, we can create a better future for our peoples and create more opportunities for our youth. This is how we see our task, said Sekerinska.

She stressed that she will continue to send the same messages that have been sent in recent years, and that, as she underlined, “our citizens pay us and expect us to provide security, and that security depends on good neighborly relations.”

And that is why we expect Bulgaria, which was one of the countries in the region, which from the very beginning supported our independence, but also our membership in NATO and the EU, to do so now, because the friendly Macedonian and Bulgarian peoples can move forward only if they support each other, said Defense Minister Sekerinska.