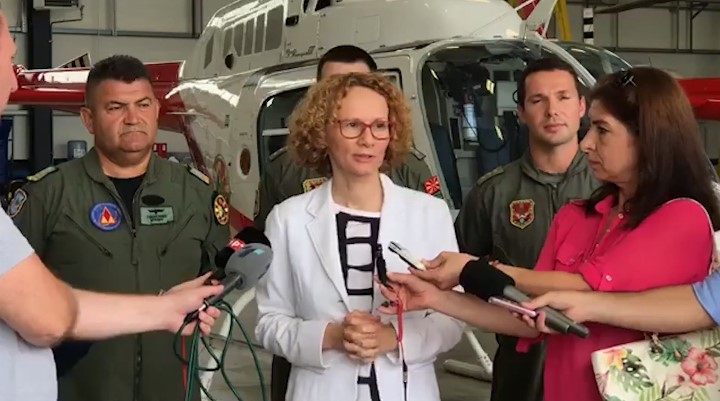 Defense Minister Radmila Sekerinska warned that Macedonia can face cyber attacks, as she was asked by the press about the Vovan and Lexus prank scandal involving Zoran Zaev.

Sekerinska qualified the prank calls as cyber attacks and part of hybrid warfare against Macedonia’s NATO accession prospects. The same day, Zaev himself backpedaled on the allegations and, after meeting the Russian Ambassador to Macedonia, insisted that the prank calls were work of individuals and not the Russian state.

About-face: Zaev and Ambassador Bazdnikin agreed the prank is not the work of the Russian Federation

In the coming period we need to get used to being subjected to hybrid and cyber threats whose goal is to endanger our NATO accession. The methods used will be indiscriminate. These tools are not only used with us, we heard that it was employed with the NATO Secretary General and the President of France. It is odd to ask me how could it work here, in “North Macedonia”, when we see that they pulled it off with the NATO alliance leadership, Sekerinska said, adding that no sensitive material was disclosed in the process.

While Vovan and Lexus were able to get to other world leaders, they all saw through them within minutes. Zaev, on the other hand, had three separate calls lasting almost an hour in total, and also himself initiated calls and sent messages, in which he disclosed issues related to regional security, especially the proposed border change between Serbia and Kosovo.