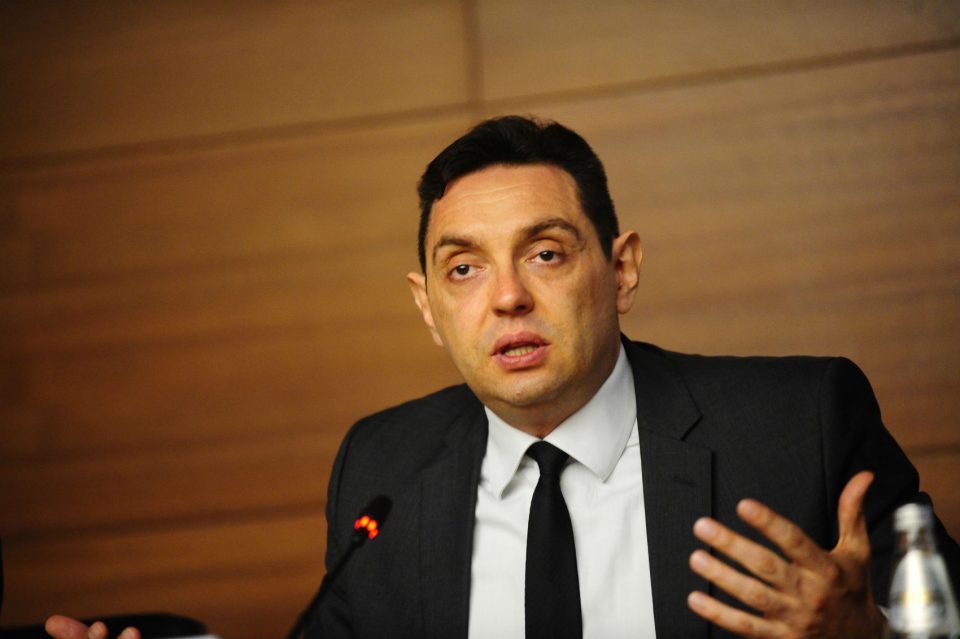 Serbian Defense Minister Aleksandar Vulin accused Zoran Zaev of turning Macedonia into a base of operations to destabilize the Serbian Government and President Aleksandar Vucic. Vulin condemned the recent meeting between Zaev and Serbian opposition leader Dragan Gilas, and said that funding for Serbian opposition protests and activities is being diverted through Skopje.

Once Budapest was hotbed of intelligence activities against Serbia, an area where spies from the entire region were given funding and support, and now that is Skopje and all attacks on Serbia and President Vucic come through there. The reason is the firm position of President Vucic that Serbia will not allow to be ruled by the Ambassadors, and this has put him in the cross-hairs of their intelligence services, Minister Vulin said.

Serbia is under pressure to agree to a deal with Kosovo, and Vucic is constantly called upon to follow the example of Zoran Zaev and Alexis Tsipras and sign a deal under which Serbia would presumably recognize Kosovo’s independence. Protests similar to the Colored Revolution which was used to bring down the Nikola Gruevski Government in Macedonia and install Zaev in his place are now going on in Belgrade. Serbia has also accused Zaev of working with businessmen and media outlets associated with the Serbian opposition. Vucic has also frequently compared opposition actions in Serbia with the political events in Macedonia in the past several years.

Zaev’s Government kept quiet about the meeting with Gilas. Gilas’ opposition bloc informed that he met with Zaev and discussed the protests in Serbia and discussed future cooperation.