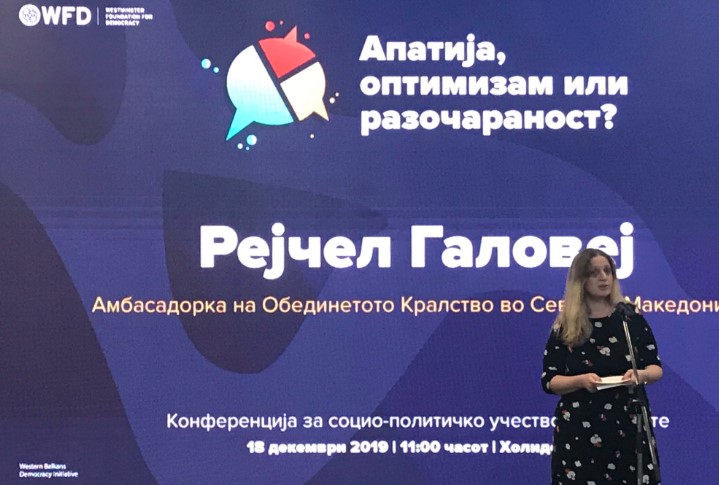 A report by the Westminster Foundation for Democracy, in which Macedonian youths (15 to 35 years of age) were polled about their views on politics, revealed results which shocked the public.

Another question which alarmed the public was about having women in politics. The statement “Men are better politicians than women”, drew approval from 35.3 percent of those polled. Again, the percentage of ethnic Albanians (56.2 percent) who agree with this statement was far higher than among ethnic Macedonians (27.9 percent). WFD found that even 30.5 percent of women who were polled agree with this statement.

And by a landslide, 84 percent of those polled said that “Our country needs a strong leader with a firm hand” to run it.