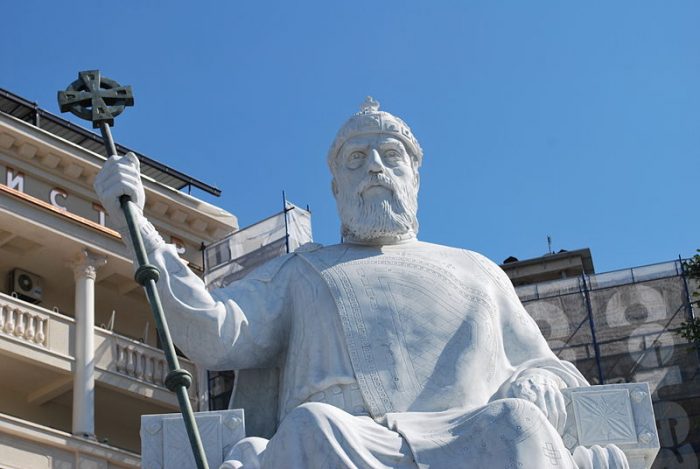 Today’s talks between Macedonian and Bulgarian historians ended with a short statement and no statements. The meeting was held in a positive atmosphere, with open dialogue and exchange of views regarding the positions and interpretations of the past for the XI and XII century, reads the brief statement of the commission. When asked if he was satisfied with what had been achieved, the chair of the Bulgarian team, Angel Dimitrov, leaving the Ministry of Foreign Affairs, after the second last day of the talks, commented on the weather conditions.

However, Bulgarian historians told reporters this morning that Tsar Samuil was a closed topic, but not Goce Delcev.

This round of talks was assessed by politicians on both sides as bringing progress. The agenda also included the remarks made by the Bulgarian side about the medieval period for our history textbooks for seventh grade, after reviewing the Macedonian remarks about the Bulgarian textbooks for sixth grade. The historical commission has so far given recommendations to the governments in Skopje and Sofia for the joint commemoration of five people – Tsar Samuil, the brothers Cyril and Methodius and St. Clement and St. Naum.

By the end of the year, 4 more meetings of the commission for historical and educational issues are planned, and the next one will be held in Sofia on May 12 and 13.

Another “protocol” problem is hidden from the public: The fate of Tsar Samuil and Ss. Cyril and Methodius is contained in the protocols of the history commission

Will Tsar Samuil and the medieval period be “resolved” by Friday?