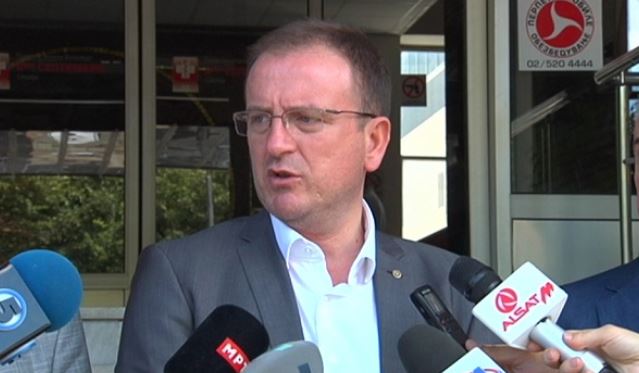 Following the latest corruption scandal involving a DUI party official, Gostivar Mayor Arben Taravari, from the opposition Alliance of Albanians, said that the perennially ruling party will have to be sent in the opposition. The scandal forced a resignation from Deputy Health Minister Amir Musa from DUI, who was recorded asking for money to allow an Albanian citizen undergo a surgery in the Macedonia public healthcare system.

DUI scandals continue without stopping, and yet they enjoy a protected status in the Macedonian society, first from VMRO-DPMNE and now from SDSM. But, their end will come. Following the elections in Kosovo, they are losing their support and their main backers are gone. What we saw with the Deputy Healthcare Minister is how they are DUIng business. We all now about their practices and we all keep silent, Taravari said.

The Ali Ahmeti led party has been part of the ruling coalitions almost non-stop since it was founded in 2002, from the leaders of the terrorist movement which sparked the 2001 civil war in Macedonia.

The new members of the VMRO-DPMNE Executive Committee include noted experts in the areas where Macedonia is struggling particularly badly at the moment – the economy and public healthcare. One new member that was announced yesterday is epidemiologist Velo Markovski. During the pandemic, Markovski...
Macedonia 22.09.20 | 10:32