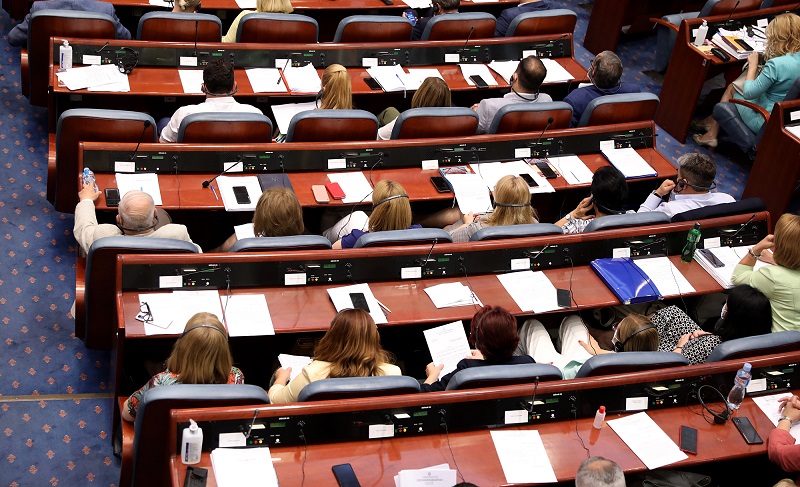 After Zoran Zaev chose to resign as Prime Minister without even addressing Parliament, VMRO-DPMNE demands that the outgoing Government officials face the legislative body for a session of public questioning.

What was supposed to be a regularly scheduled question session was cancelled by the Government, which insisted that since its leader has resigned, there is no need to face the Parliament. But VMRO members of Parliament point to the fact that various ministers and their deputies are coming to the Parliament daily and are still trying to advance legislation.

These are double standards, with the intent to protect Zoran Zaev and his ministers from questions about their numerous scandals and abuses. We demand that the session that was supposed to take place last Thursday is rescheduled and takes place, the VMRO group in Parliament said.

President Pendarovski is expected to nominate a new candidate for Prime Minister from SDSM this week.