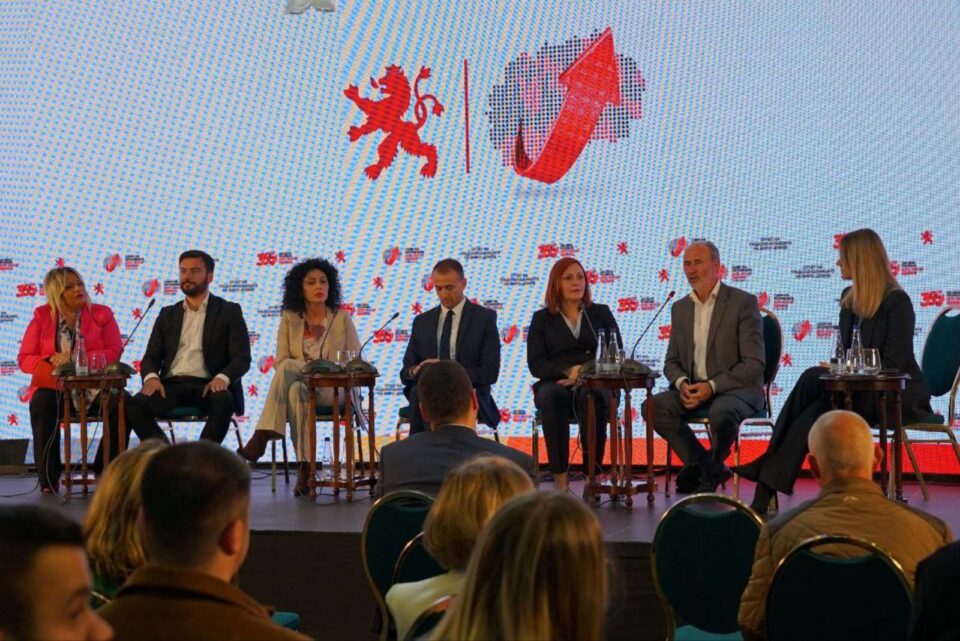 Gordana Dimitrieska Kocoska, Vice-President of VMRO-DPMNE, at today’s forum “Local Economic Development” which is held at the political fair “Fair of changes that bring the future” spoke about decentralization, that is, she indicated that there is no decentralization because there is no money as a state and that in recent years the budget has been ravaged by the central government.

I remember a year ago when they started to prepare the budgets of the municipalities, that is, first the plan and the program that they presented for the elections. How positive and enthusiastic all the mayors were during that period, that they would be able to do a lot for their municipalities.

She pointed out that the mayors of VMRO-DPMNE are above all honest people and are working to realize their program.

Maja Kadievska Vojnović, a member of the EC of VMRO-DPMNE, at the forum pointed out that the SDSM made a circus of the state and the numbers clearly show that, they are trying to obstruct the municipalities led by VMRO-DPMNE, but even in such difficult circumstances the mayors from VMRO-DPMNE manage to realize capital projects and give lessons to other mayors on how to run a municipality.

She emphasized that when it comes to capital expenditures, what is dominant in the municipalities led by VMRO-DPMNE mayors, for the first three quarters of this year compared to last year’s three quarters when they were led by SDSM, what can be seen is that in for the most part, efficiency has now increased in the area of capital investments. VMRO-DPMNE has 80% more capital investments in construction investments than all other municipalities run by other political parties.