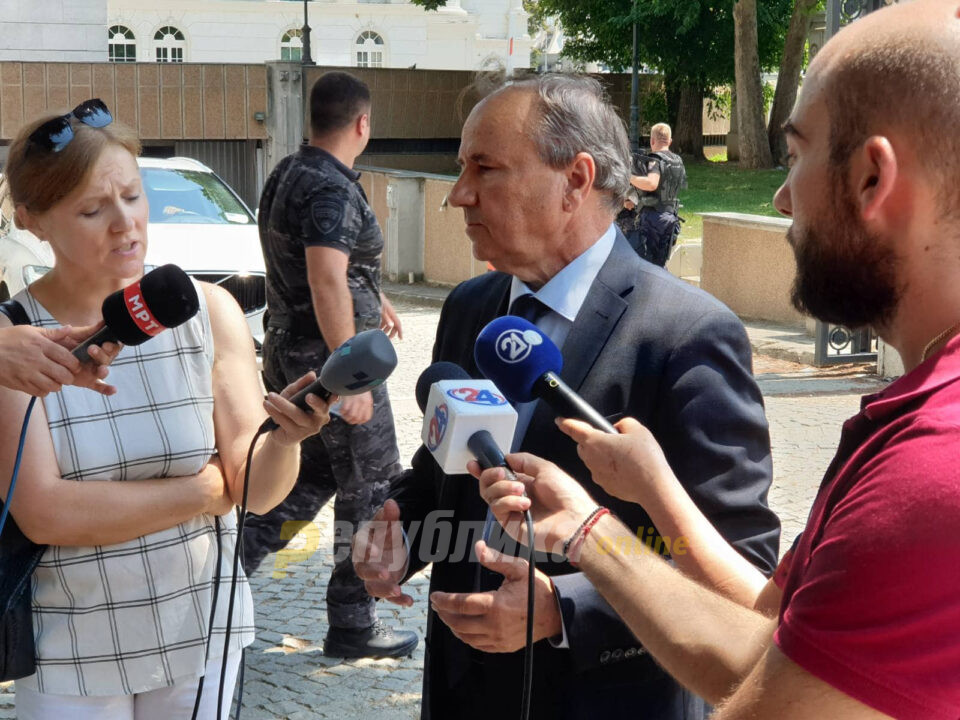 Constitutional changes are tied to European integration, now Ahmeti will make an alliance, a front, etc. for the EU… Leave those empty words, front, nothing from the front. We should talk to all parliamentary and non-parliamentary parties, says Trajanov.

He emphasized that the Albanian language cannot become official in the European Union through Macedonia.

The Council of the EU should come out and say yes, the Macedonian language will be official, official because in those negotiations there are other things that I don’t want… why did someone insist on having two official languages in the EU, which is not disputable, the Albanian language will also be official once Albania joins the bloc. But it cannot go through Macedonia, says Trajanov.

He said that even if the Constitution is opened, that is, the Bulgarians are included, they can block us again. Therefore, according to Trajanov, we must have guarantees.

There are no guarantees, any country can block Macedonia’s process, but we must provide some guarantees that Bulgaria will not activate the historical and educational issues that are part of the French proposal, Trajanov says.

In the end, Trajanov, who participates in the government coalition, distanced himself from the views of the prime minister and some ministers who divide the citizens into pro-EU and anti-EU.

It is absolutely irresponsible, unacceptable, and even dangerous to divide citizens and parties that some are in favor of the European Union and others are not. It is a dangerous division, I do not support it, the rhetoric promoted by the Prime Minister and other ministers is unacceptable, said Trajanov.

Pavle Trajanov: Reelection of all judges

Trajanov: We did not form a common position on any issue