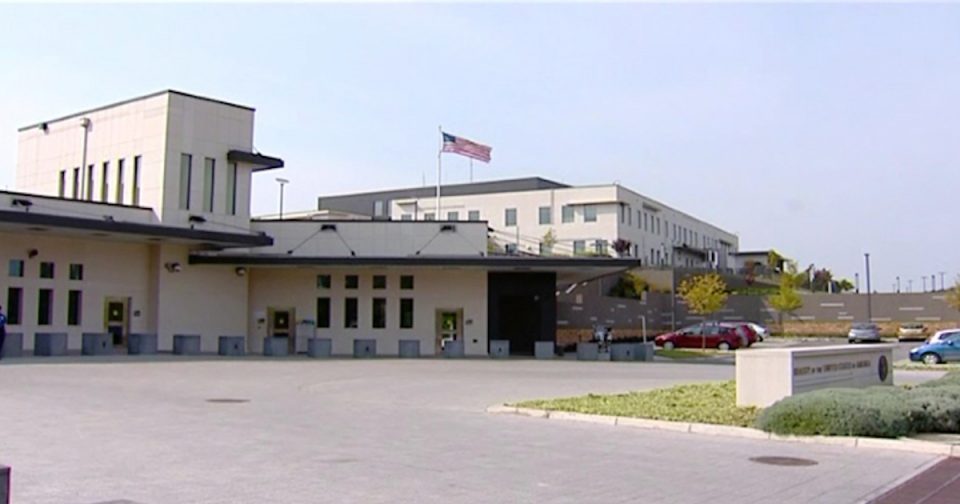 The US Embassy in Macedonia denied interfering with the Constitutional Court, after its justices justified their decision to award themselves huge bonuses by saying it was a suggestion from the US Embassy and the EU Embassy.

The Ambassador plays no role or has no any desire to interfere in administrative issues regarding the Constitutional Court or any other court in (North) Macedonia. Ambassador Byrns met with Chief Justice Sali Murati in January 2020 and expressed her support for the important work the court does in the rule of law and democratic progress of (North) Macedonia, Embassy sources told Alsat TV.

The justices awarded themselves 35 percent of their salaries in bonuses, for a total of over 2,000 EUR per month – four times the average salary. When pressed on the issue, they insisted that the US and the EU are pushing to see financially independent judicial institutions who won’t be easily pressured.

The US Embassy is deeply involved in reforms in the judiciary in Macedonia, and especially in light of the widespread abuse of the judiciary for political goals, it had to deny allegations of its involvement in many controversial decisions.

Baily letter to the judges published in full: US now wants independent verdicts based on admissible evidence

Under Ambassador Jess Baily, the Embassy loudly called for corruption investigations against the VMRO-DPMNE led Government, a practice that ended with the appointment of the SDSM led Government. In 2018, the Embassy also publicly condemned a similar expenses scandal in the Anti-Corruption Commission, prompting its resignation.