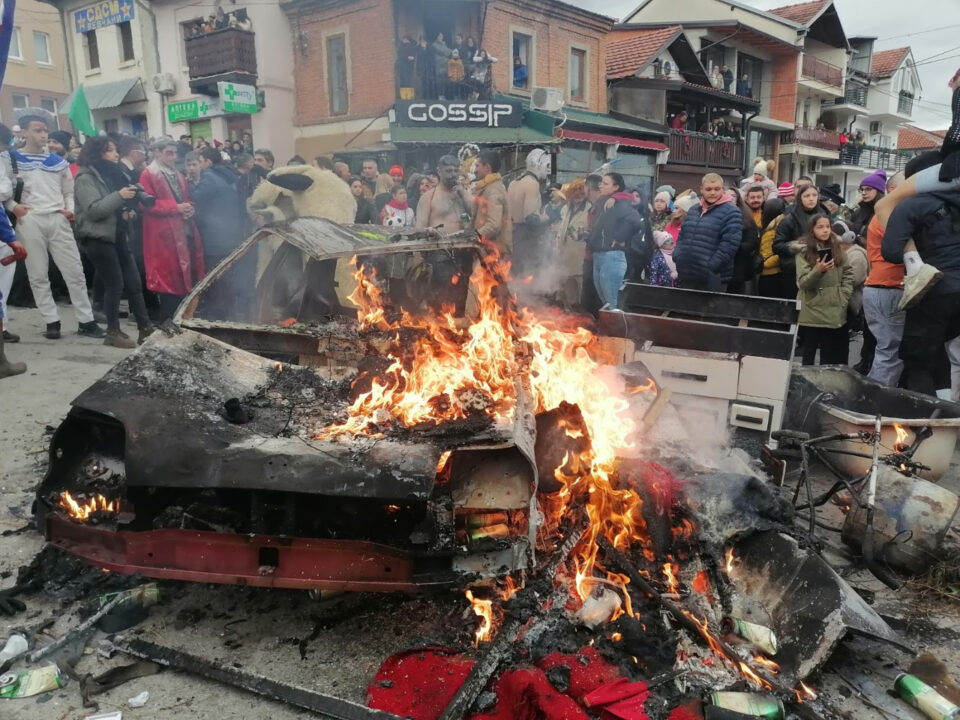 The consequences of the economic and energy crisis and bad governance in society, represented by the creative people of Vevcani, were symbolically burned this afternoon in the center of Vevcani, as part of the final part of the Vevcani Carnival.

People danced the traditional dance and burned the masks, which, according to belief, chased away the evil and purified them, and they will have a happy and prosperous New Year.

According to Aleksandra Velkoska, a tourism expert from Vevcani, although burning the masks is a newer custom, it is still well-accepted among the population and has become part of the tradition.

The burning of the masks is important, so that evil does not repeat itself in the New Year, that is, the New Year starts clean and prosperous. With that, the people of Vevcani mark the end of the carnival, and immediately after that they start thinking of a new mask for the next year, says Velkoska.

The Vevcani carnival, with its almost 15-century tradition, differs from other carnival manifestations with its authenticity and customs, primarily because of the symbolism, but also the cheerful spirit of the participants, who live 365 days a year precisely for the parade under masks.

For the past two days, Vevcani has resembled an open theater stage, and the witty Vevcani residents have depicted the negative situation in society in an unusual and satirical way.

Vevcani Carnival kicks off Saturday, set to showcase over 1,000 masks