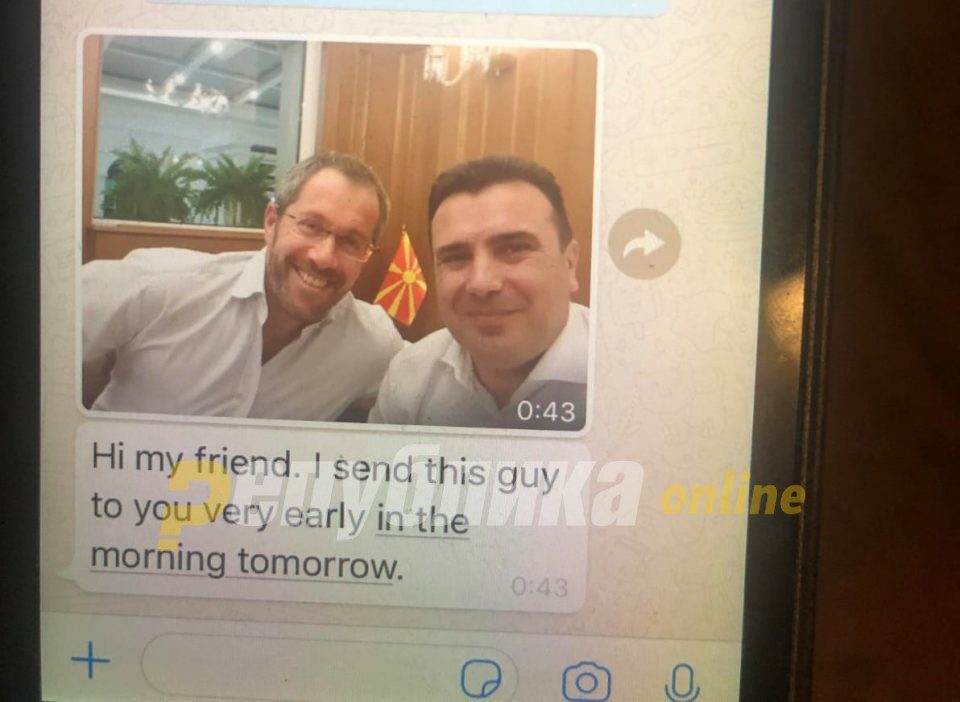 VMRO-DPMNE held a press conference to ask Zoran Zaev what was he doing meeting with the controversial fake news peddler Tal Silberstein.

Zaev revealed his meeting with Silberstein when he sent a message to Russian pranksters Vovan and Lexus, who he believed were Ukrainian President Petro Porosenko.

Silberstein is notorious for using fake news sites and Facebook groups, most often to support left wing parties across Europe and to falsely accuse their conservative opponents of racism. He worked with the actual Porosenko at the time of Zaev’s message, and Zaev informs the fake Porosenko that Silberstein is coming to Kiev from Skopje, and that he is a “great guy”. Silberstein was accused of orchestrating manipulative propaganda in Austria since 2017, and of being involved in the Ibiza scandal which brought down the Sebastian Kurz Government.

This person was received by Zoran Zaev, in his office in the Government of the Republic of Macedonia, at the time when the affair was breaking in Austria. We ask, was Zaev also involved in the events in Austria, a country which is a long term and proven friend of the Republic of Macedonia? Tal Silberstein is a person with a lengthy international record, with corruption and money laundering allegations in Israel and Romania. He was charged with unlawfully funding election campaigns, bribery, forgery and other misdeeds. He is known all the way to Guinea, where he was suspected of bribing the President to get access to a diamond mine worth billions, VMRO-DPMNE spokesman Naum Stoilkovski said.

The VMRO spokesman asked Zoran Zaev what was his business with Silberstein and what were they discussing during their meeting.

SDSM and Zaev need to respond if they were using Silberstein’s services, how much did they pay him and how? This person is suspected of running fake news propaganda campaigns, and we need to know if this was done during the municipal elections, the name change referendum or the presidential elections? What’s worst of all is that the public would never have known about this murky connection unless Zaev himself recommended Silberstein to what he believed was Petro Porosenko. The two apparently know each other well, Stoilkovski said.