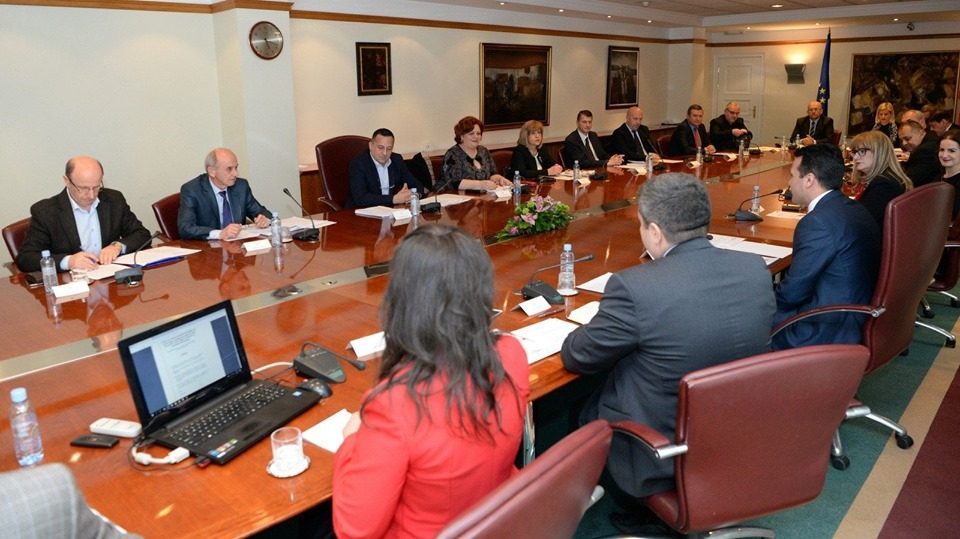 VMRO-DPMNE compares the levels of political arrests in Macedonia to that of the Communist era, listing the many opposition officials, activists and members of Parliament who are charged and arrested.

In less than three years Zoran Zaev was able to fully abolish the rule of law. Members of the opposition are victims of 1947 style political persecution. Macedonia is the only country in democratic Europe which keeps political prisoners in its jails. EU member states have confirmed that there is on-going persecution, conducted by the Government, which uses its loyalists in the judiciary. The only thing the Government cares about right now is having Zoran Zaev’s favoring prosecutor Vilma Ruskoska remain in charge of the racketeering investigation. Ruskoska, who was appointed to conduct the persecution of the Government’s critics, is now expected to give Zoran Zaev his fourth pardon by dropping the investigation against him, VMRO-DPMNE said in a press release.

The opposition party blames Zaev of being at the head of the criminal organization which abused its power in the Government and the judiciary to extort millions from businessmen.

Katica Janeva and Boki 13 are just the tentacles in the criminal octopus, and they all lead to one man – to Zoran Zaev. He is the head of this organization. They will all be held accountable, both those who perpetrated the crimes and those who are attempting to pardon them, VMRO said in its press release.