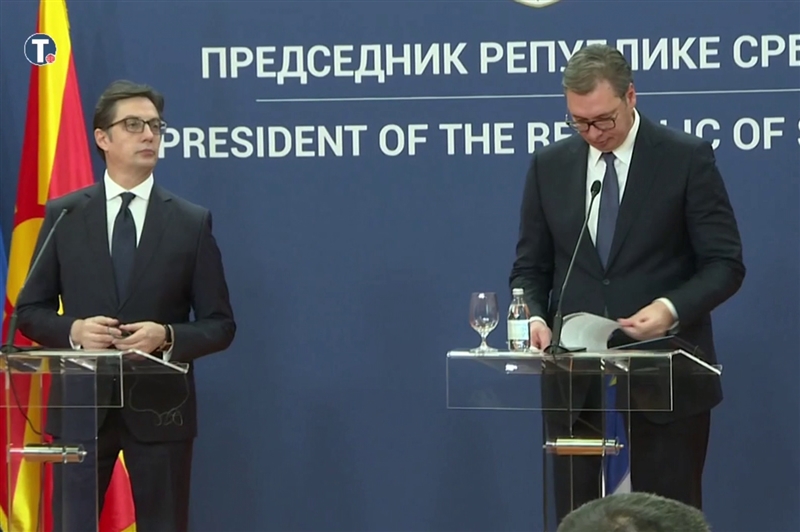 Serbian President Aleksandar Vucic at a press conference with Macedonian President Stevo Pendarovski, who paid his first official visit to Belgrade on Friday, said he did not want the EU to continue to treat the countries of the region as puppets.

Asked what the French non-paper might mean for Serbia and Macedonia, he says all countries are waiting to become EU members and that it is not disputed, but that those in Brussels do not know what to do with us exactly.

You ask me if they in Brussels are sure they know what they will do with themselves or with us, I will tell you that they are not sure what they want with us. I told that to Zoran (Zaev) when we were in Novi Sad. Zaev looked at me as if I was “out of my mind” when I told him that they would not open negotiations and I was right, Vucic said.

Whoever says anything else would lie to you. I was talking to Zaev in Novi Sad that accession negotiations will not open, and he assured me that they had promised to him and we saw what happened, Vucic stressed.

The Serbian president said that negotiations with Macedonia will open in March or May in Zagreb, primarily because of the Prespa agreement, but that the question arises and then what.

You will have 15 days to boast on television that negotiations are open. But then what, Vucic asked.

He said that countries in the region must work and agree on future progress, open more highways, railroads, connect and show more respect for each other.