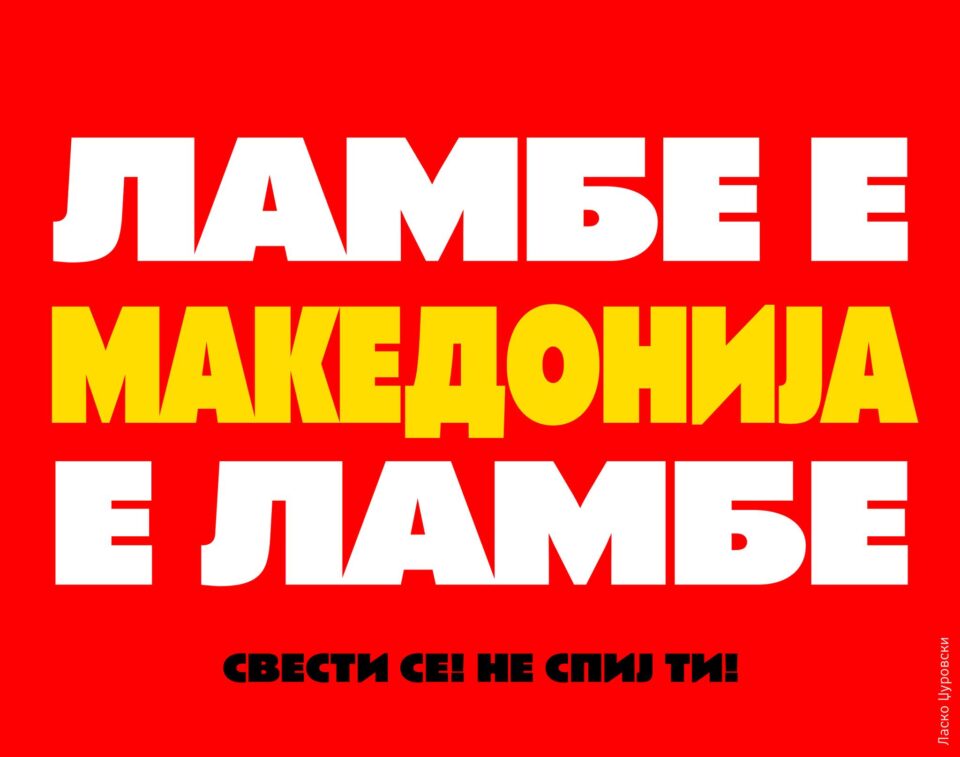 “I am Lambe too” echoes on social networks today where the public expresses strong support for the Macedonian singer, who is detained as a suspect in the fire at the front door of the Bulgarian club “Vanco Mihajlov” in Bitola. Some of them do not justify the crime, but almost everyone understands the urge of Lambe Alabakovski to express his revolt about the situation of the Macedonian people.

Lambe’s actis a cry for him, and for many, for what has been happening to us in recent years. Denial from abroad and at home, destroying everything that is Macedonian, erasing and changing history, forcing the public discourse to say that you are Macedonian is a shame, bigger defeats that we have in peace than in wars and slavery. Whether one spark is enough for a fire remains to be seen. And time is slowly trampling us, we do not have much to watch and be silent, wrote activist Bozidar Bozinovski. 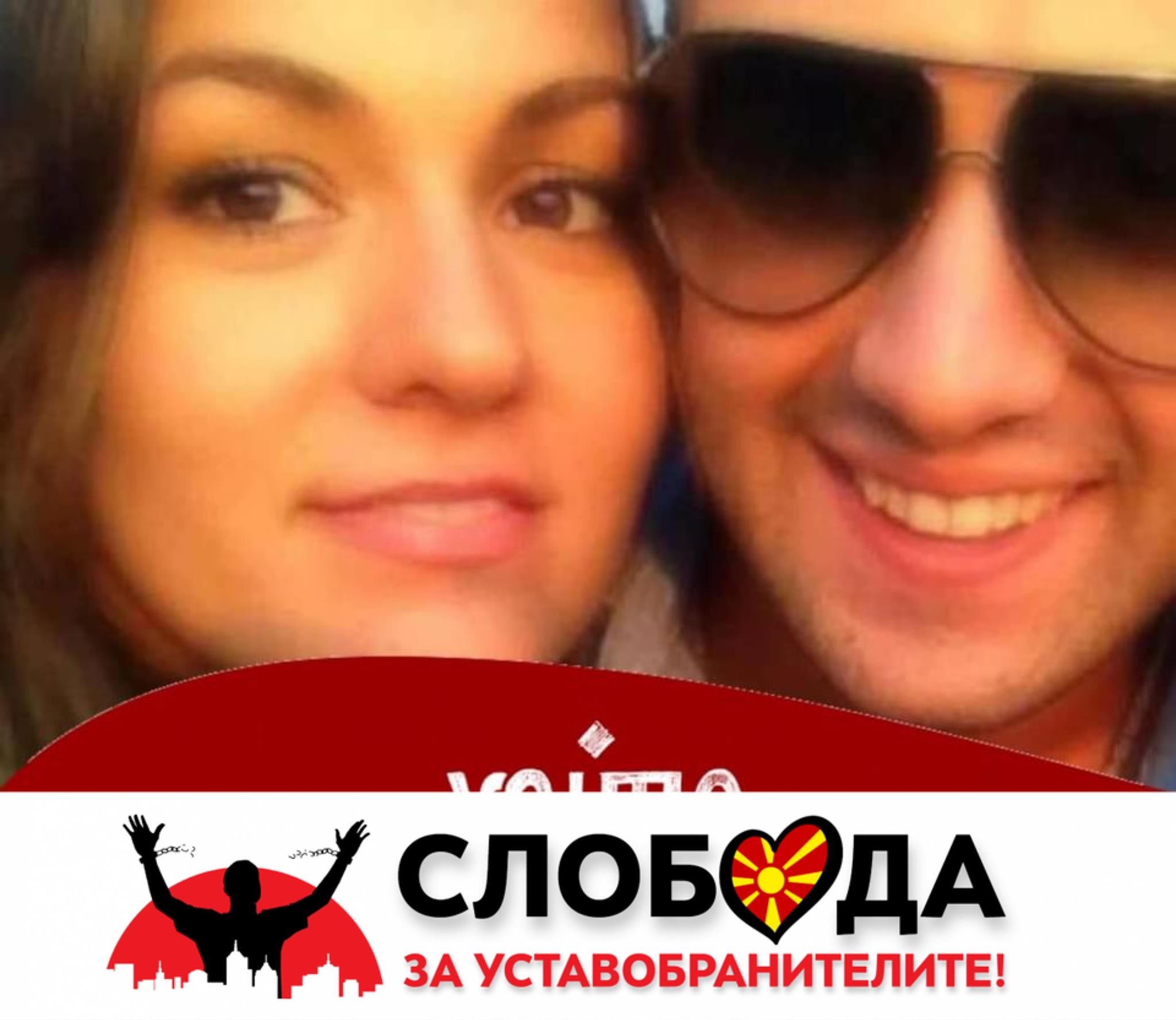 Sometimes it hurts when criminals who steal our money allow fascists who killed our ancestors to be celebrated and you just feel like screaming. To burn everything, it is said in a comment on social networks.

Support also came in the form of legal assistance, when two well-known Skopje lawyers, Janaki Mitrovski and Dragi Stari Pesevski, volunteered to defend him pro bono, and the Levica party offered to pay the court costs. The party also called for the release of the singer.

In conditions when the institutions of the system are failing in protecting the national and state interests, the move of the already detained Lambe Alambakovski is fully justified. Any other verdict, except acquittal, will be an anti-state act and an attack on the Macedonian statehood, constituted in ASNOM!, said Levica and called for protest. 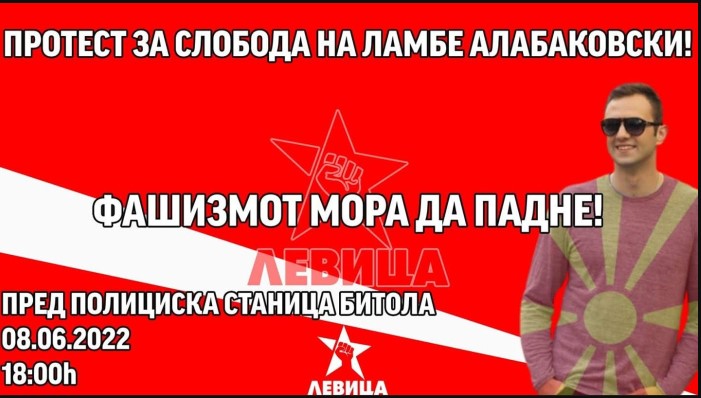 Igor Durlovski also called for a protest, saying that Lambe should be defended on the street. 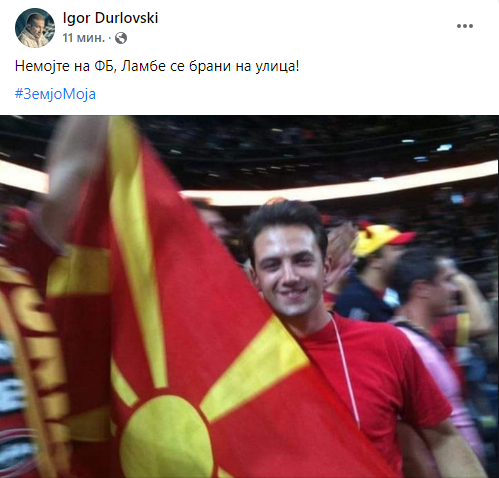 The public anger is mostly directed at the “efficiency” in resolving the case.

Durmo Tours has not been resolved yet because it is a financier of DUI, the fire in Tetovo has not been resolved because Angjusev built the barracks – but when the people take justice into their own hands, then in two days people are arrested!, says Jovana Mojsoska, Secretary General of Levica.

Ivor Mickovski also emphasizes that no tragedy has been resolved, so the anger at the institutional and political hypocrisy and impunity is understandable.

I know that if it was a crime of an Albanian under the protection of DUI / UCK or a criminal from the children of the ‘North Macedonian’ giants, surely the shameless media would not have published his name so shockingly, as if he had been convicted, before the end of the trial. Probably the quislings from the Ministry of Interior are feeding the crocodile with this, hoping that he will not eat them like that, says Igor Avramovski Aleksandrov, a Macedonian emigrant in Australia.

The government that should not even dream of allowing the opening of a club with the name of a killer of Macedonians and fascist like Vanco Mihajlov, now boasts that it caught the Macedonian who, provoked by the mad provocation, set fire to a board with the name of the killer?!, reacts journalist Ljupco Cvetanovski.

Arrest the idiot who allowed a club with this name to open at all, not Lambe! Politicians, without a shred of dignity, pride and honor Macedonian in them. The feeling of shame from this government is growing every day. They have no limit or shame It is enough! And I am Lambe Alabakovski too! Je suis Lambe Alabakovski!, he said.

Among the examples of absurdity was mentioned the former MP Pavle Bogoevski, who as the leader of the Colorful Revolution was one of those who set fire to the office of the Macedonian president.