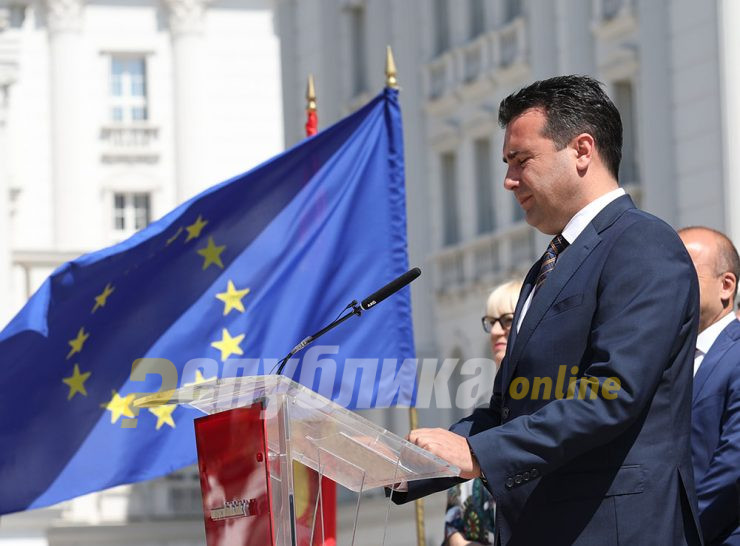 With the idea of getting Bulgaria to lift its veto and opening EU accession talks in December slipping out of reach, and with Zaev’s term in office also likely coming to an end, Republika has been informed that Zaev’s next attempt will be to shift the issue down the road.

With protest parties winning elections in Bulgaria and expected to finally form a new Government, and with President Radev cruising to re-election, Zaev is expected to ask Bulgaria to allow all its demands from Macedonia to be implemented during the process of accession talks. This would mean that the Bulgarian demands will be made part of the EU accession talks, and Macedonia won’t be able to join the EU without implementing them.

President Radev could lift the veto by December 14th, if Bulgaria gets firm guarantees that its demands will be accommodated in the future. This includes getting Macedonia to accept that the Macedonian nation and language are derived from the Bulgarian, that most Macedonian historic figures were Bulgarians and to amend its Constitution to include the Bulgarian nation in the preamble. Since all this is impossible to achieve in less than a month, Zaev can only agree that the EU gives firm guarantees that the Bulgarian demands will be interwoven with the other, objective EU membership criteria. This would allow Bulgaria to lift the veto, and Zaev to remove himself from politics with an alleged “triumph”.