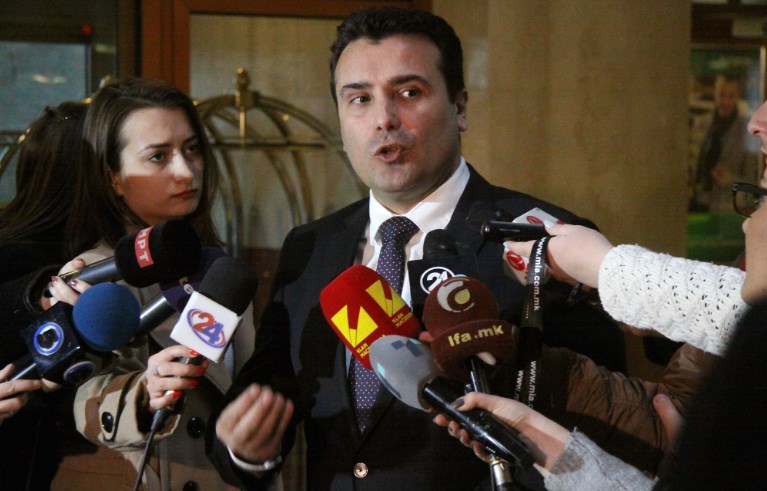 Prime Minister Zoran Zaev said that he wishes the Parliament stripped former Speaker Trajko Veljanoski from his immunity during yesterday’s session and expressed his disappointment that the session as ended without a vote.

Procedures should apply to all members of Parliament, regardless if someone is a former Speaker. We want to send a message to the citizens that all are equal before the law. We are extremely revolted and angry, Zaev said.

Speaker Talat Xhaferi, who ousted Veljanoski in April 2017, adjourned the session after a heated argument with Muhamed Zekiri from SDSM. Today Xhaferi said that Zekiri is to blame for disrupting the work of the Parliament.

SDSM members of Parliament like Zekiri, Aleksandar Kiracovski and Pavle Bogoevski today condemned the decision by Xhaferi to end the session without putting Veljanoski’s immunity up for a vote. Zekiri, who leads SDSM efforts to undermine the share of the Albanian vote received by Xhaferi’s DUI party, was especially outspoken in his criticism evoking even the Muslim Prophet Muhamed in his criticism. The public spat raised the issue of divisions in the SDSM – DUI coalition, especially at a time when the two parties are trying to come up with a joint presidential candidate.

SDSM targetted Veljanoski as the next victim in its campaign against officials from the opposition VMRO-DPMNE party. Veljanoski was charged with allegedly organizing the incident which began on April 27th 2017, when protesters burst into the Parliament after the SDSM and DUI parties staged an irregular vote to replace Veljanoski and appoint Xhaferi as the next Speaker. The case has been used by SDSM to file terrorism charges against a number of VMRO members of Parliament, who were later blackmailed with the charges until they agreed to vote to rename Macedonia into North Macedonia.

Veljanoski faced being sent to the Shutka prison, where a group of actual terrorists were making death threats against him and all other VMRO officials who face arrest. Last Thursday, the group attacked two former Ministers Mile Janakieski and Spiro Ristovski, who were charged along with Janakieski.