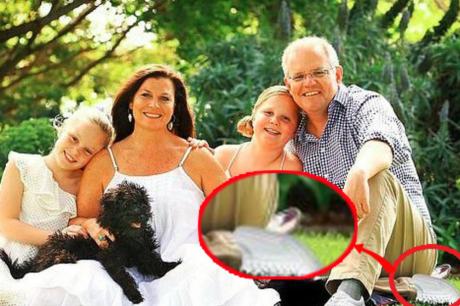 Australia’s prime minister laughed off a clumsy attempt by aides to Photoshop him wearing snazzier, and markedly cleaner, footwear on Wednesday, saying he was perfectly happy with his battered old kicks.

A snap of Scott Morrison with his family – which featured as the banner heading on the prime minister’s official website – drew public attention thanks to his obviously doctored and implausibly white sneakers. 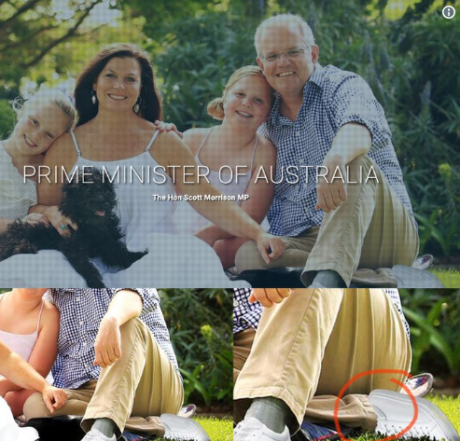 Facing widespread mockery on social media, including suggestion that the fake shoes were both for the left foot, Morrison decided to jump into the furore feet first.

“Message to my Department,” he jokily tweeted. “I didn’t ask for the shoeshine.”

“But if you must Photoshop, please focus on the hair (lack thereof), not the feet!” 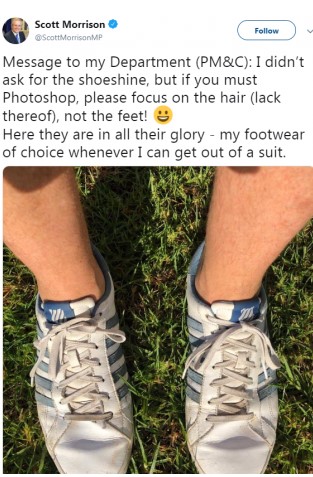 Morrison posted a first person view of his legs and tattered old blue and what-was-once-white trainers.

“Here they are in all their glory – my footwear of choice whenever I can get out of a suit,” he said.

The prime ministerial shoes were also resurrected in a more authentic version of the family photo on his website.

Amid a string of suggestions that he resign and general Twitter abuse, some social media users reciprocated the gesture, posting photos of their own questionable shoe choices and portraying Morrison with clown shoes.