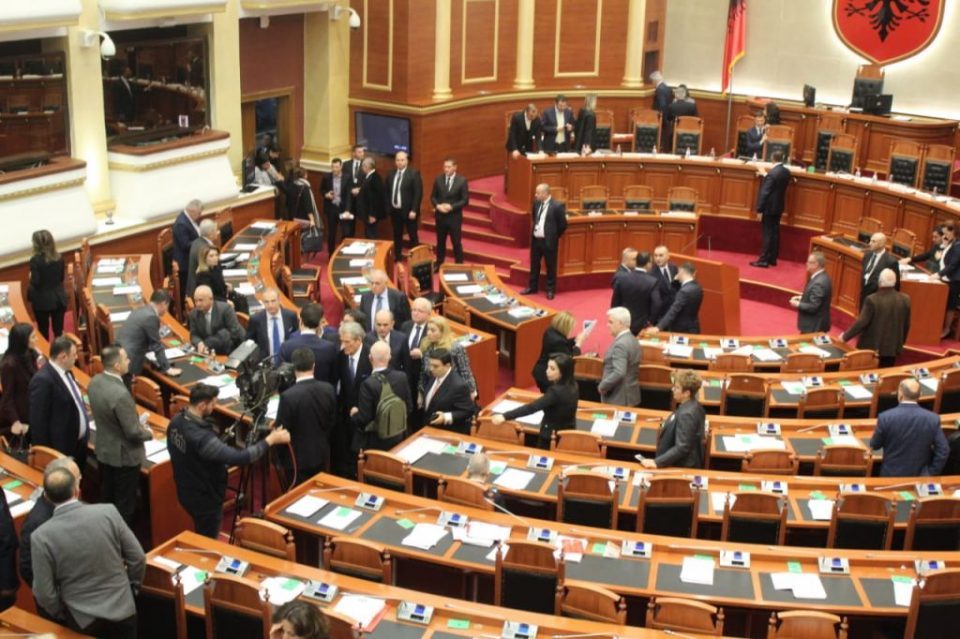 The Albanian opposition Democratic Party walked out of the Parliament in protest against corruption and political abuse by the ruling Socialist Party led by Prime Minister Edi Rama, and instructed its members of Parliament to resign. The move comes after unruly protests in downtown Tirana on Saturday, when Democratic supporters tried to push their way into Rama’s office.

I have decided to recommend to our group in Parliament and to the top party institutions that we give up our mandates and to support the goal of defense of democracy and the rule of law. We want a caretaker Government and free and fair elections, a Parliament of the people and not the criminals, said Lulzim Basha, leader of the Democratic Party.

According to Basha, the message of the protests is that things can’t go on as they did before. Basha is supported by the third largest party in the Parliament – the Socialist Movement for Integration. A new protest is planned for Thursday.

Osmani: EU to urgently unblock start of accession negotiations with Skopje and Tirana