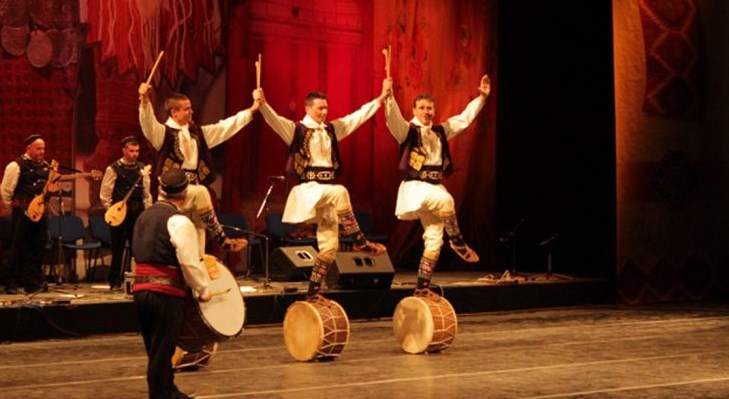 The Macedonian Ensemble of Traditional Dances and Songs “Tanec” was founded by the government in Skopje in 1949. Its task was to present the rich cultural heritage of Macedonia as “Macedonian” and not as Bulgarian. A number of its members have been repressed for refusing to serve these perversions.

This was written by Spas Tashev from BAN in the online edition of Sofia-based “Trud” in a text entitled “Repressions against the ensemble “Tanec”. The author uses Tanec’s visit and stay in the United States in January 1956 as his basis.

… The group arrives in New York on two planes on January 20, after information spread through the Yugoslavia Embassy that it was a “Yugoslav national folklore ballet”. That statement literally raises the organized Macedonian-Bulgarian community, which knows the situation in “Tanec”. Thus, for example, the memorandum to the UN from 1953, signed by 26 repressed students from Macedonia, describes the fate of the famous folklorist and choreographer of the ensemble Trajko Popov from the village of Rastak, who “at that time was executed in a fierce manner – his head was smashed with an iron hammer.” 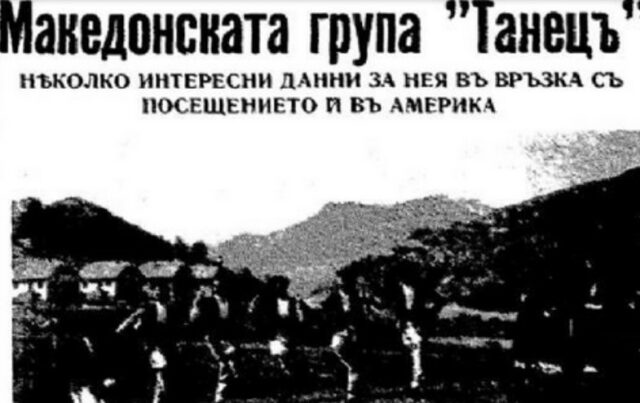 Regarding the widespread Belgrade claims, the Central Committee of the Macedonian Patriotic Organizations in the US and Canada comes out with an official position – “Macedonian group “Tanec”- some interesting information about it regarding its visit to America”, published in the “Macedonian Tribune”. It says that “this is not a “Yugoslav” folklore ballet, but a Macedonian dance group “Tanec”, which is organized by the state.”

The research conducted by emigrants from Vardar Macedonia determines that “the folklore group “Tanec” is in fact the successor of the famous dance group from the village Lazaropole, inhabited by healthy mountain Macedonian Bulgarians. Those dancers, no matter how they are represented by the Yugoslav communists, remain Macedonian Bulgarians…”

Moreover in the text, the first directors of “Tanec” – Trajko Atanasov, Emanuel Cuckov and Asparuh Nikolov are mentioned and their histories and destinies, of course through the role of the former UDBA.