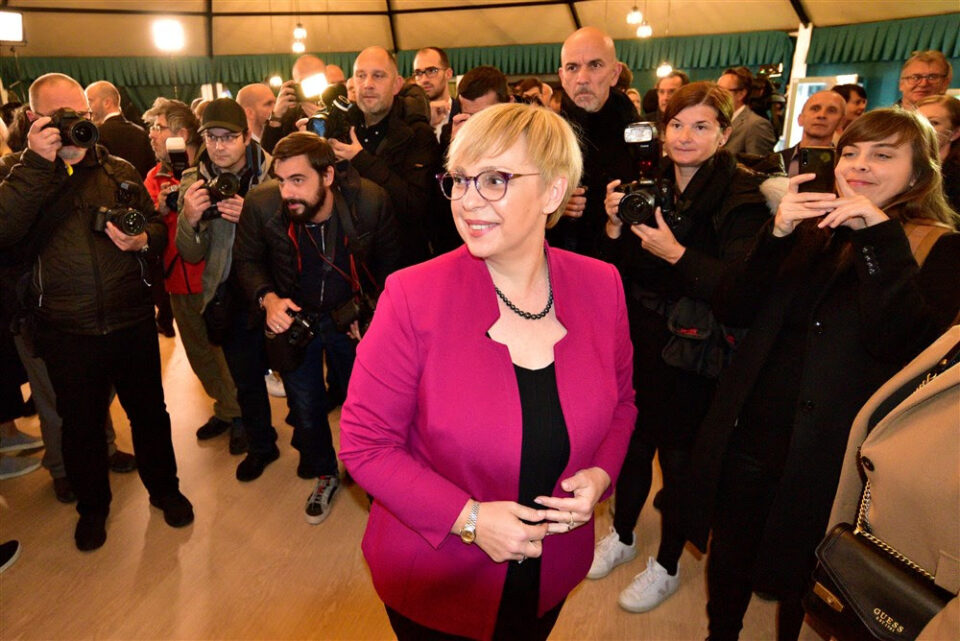 After almost all of the ballots were counted, the trained lawyer and rights advocate who is backed by the ruling left-liberal camp, came in with about 54% of the vote.

“The people have spoken as to what kind of Slovenia they want,” she said in her first speech, which was televised. “I will stand up for basic human rights and democracy.”

Her rival, former right-wing foreign minister Anže Logar, garnered some 46% of the vote, according to the State Election Commission in Ljubljana. He had won the first round on October 23 with 34% of the vote among seven candidates.

Logar, 46, a confidant of the right-wing former prime minister Janez Janša who was voted out of office in April, was supported by Janša’s powerful SDS party.

Logar congratulated Pirc-Musar on her victory as the camera’s rolled.

The head of state plays a largely ceremonial role in Slovenia. The term is for five years. Outgoing incumbent Borut Pahor could not run again after two terms.

Nevertheless, for many the election plays an important role in the long-running power struggle between Jansa’s right-wing nationalist side and the more fragmented left-liberal camp.

The latter won the parliamentary election in April. The liberal Freedom Movement of new Prime Minister Robert Golob has since governed in a coalition with the Social Democrats and the Left.

Pirc-Musar, 54, was the first ombudswoman for freedom of information in Slovenia from 2004 to 2014.

Her most prominent client was the wife of former US president Donald Trump, Melania, who hails from Slovenia.

In 2016, Pirc-Musar represented her against the defamation of a Slovenian tabloid newspaper and against Slovenian and Croatian companies that used Melania Trump’s name and image for advertising purposes without her consent.

European Commission President Ursula von der Leyen tweeted: “As the first woman to be elected Slovenia’s president, you have paved the way for future generations. I look forward to working with you.

We share the goal of an ever stronger, democratic and resilient Union.”