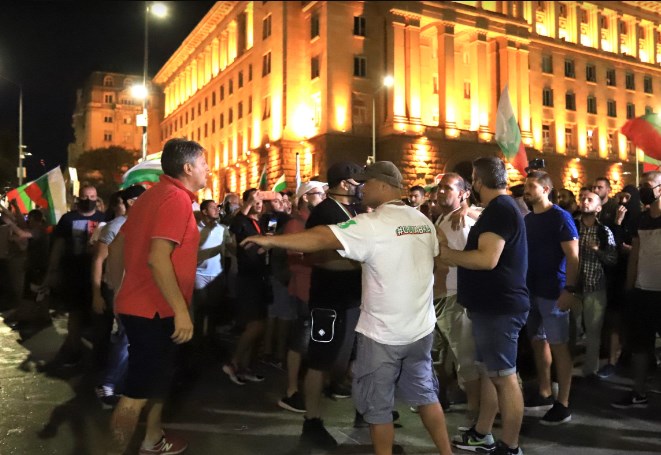 Bulgarian police detained 120 protesters and over 100 officers were injured in clashes that erupted in downtown Sofia yesterday. Opposition supporters summoned by President Rumen Radev took to the streets to demand the resignation of the Boyko Borisov Government, accusing him of corruption and violations of the rule of law.

Protesters threw rocks and pyrotechnics at the police which responded with tear-gas. Borisov offered amendments to the Constitution but refuses to resign and is trying to hold out until the regular term for the general elections in 2021.