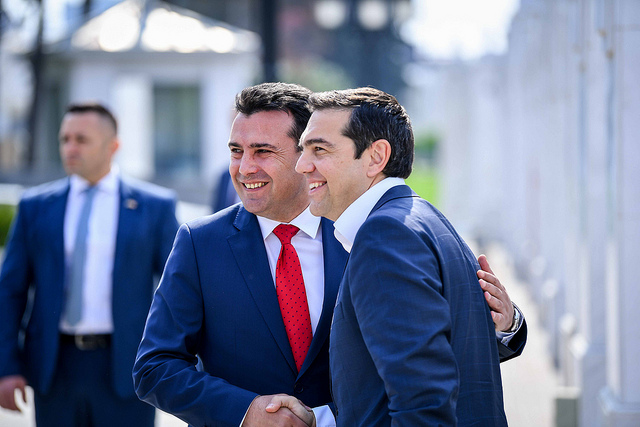 The Greek ruling leftist SYRIZA party suffered a significant defeat in the European elections. According to the initial results, the conservative New Democracy party led by Kyriakos Mitsotakis is projected to beat SYRIZA by eight percentage points, which would significantly weaken the Alexis Tsipras Government.

SYRIZA also reportedly lost 11 out of 13 Greek regions. This bodes poorly for Tsipras who is supposed to have general elections by late 2019, if not sooner, prompted by today’s defeat.

Mitsotakis is a strong critic of the Prespa treaty and has vowed to restore Greece’s right to block Macedonia from opening European Union accession talks despite the imposed new name. Macedonia was hoping to begin accession talks this June, but other countries stepped in, mainly France and the Netherlands, and largely driven by worries over Macedonia’s high crime rates and significant Muslim population, want to block the proposal. The treaty was imposed in both countries without the approval of the opposition parties, and has already contributed to the exceptionally poor electoral showing of the Zoran Zaev SDSM party in the presidential elections.