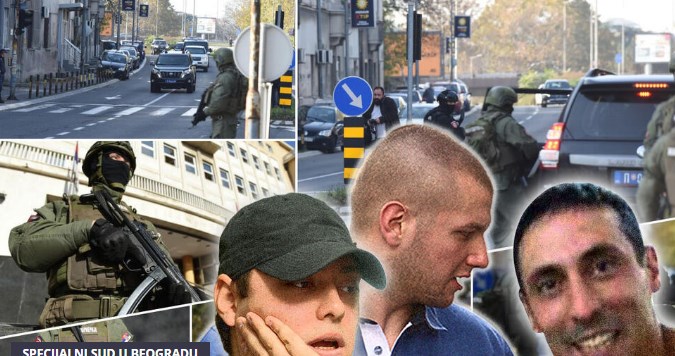 At today’s trial, the witness Srdjan Lalic described in detail the cooperation with Velja Nevolja. He said that he worked for the Belivuk gang but also more broadly for the Kavacki gang.

When an elimination was to be carried out, Belivuk and Budimir left for Thessaloniki, most likely via Macedonia and then all together for Athens.

They left the vehicle in Thessaloniki, and we went from Thessaloniki to Athens with my vehicle, Lalic told the court.

The lawyer also asked him what documents he used and whether the passport was a forgery.

No, original documents under another name. I didn’t cross the borders with them, I didn’t try, I was legitimized in Spain once. The name was Marinko Tintor. A contact from Sky helped me get the documents, his name was Carlos, I don’t know his first and last name, I paid 10,000 euros for them.

The persons obligatorily executed the stamp, i.e. the antedating of the stamp in the passport. I think the woman’s name is Jelena.

At the previous trial, Lalic revealed that there is a man in Macedonia, known by the nickname Rocco, who, on behalf of the Ministry of Internal Affairs, sells or mediates the obtaining of a Macedonian passport.