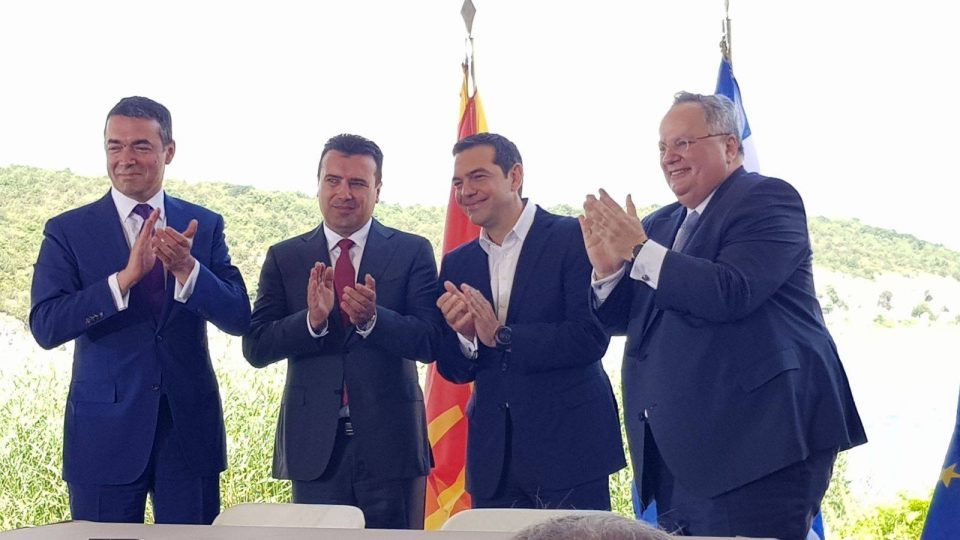 “The Prespa agreement is a historic step, not only for the two countries and the wider region, but for the whole of Europe, establishing relationships of friendship, cooperation and stability.” This is the message associated with the new video being presented via the account of the Prime Minister, Alexis Tsipras, on Facebook.

The time … not at all random. Today, Monday, January 21, 1919, the meeting of the Foreign Affairs and Defense Committee of the House of Representatives began the Prespa agreement, after which the Prespa agreement will be discussed and voted in the House, probably on Thursday evening 24.01.2019.

At this moment the prime minister decides to make this video public, with which he basically defends the Prespa agreement.

In the spirit of older videos of a similar style, it begins today with a female voice that says:It is time to get to know the truth. With the Prespa agreement we protect our Macedonia. With confidence in confrontation with fear and passivity, we open the path of peace and development. ”

And he continues: “140 countries recognized Skopje under their constitutional name. That is, the Republic of Macedonia. Our neighbors change the name of their country in Northern Macedonia and Macedonia lives without further identification in Greece.

We are taking our story back. Our 25-year national position for naming geographically identifiable for everyone is satisfactory. Our neighbors separate their identity, knowing that their language is Slavic and that their culture has nothing to do with the ancient Greek heritage.

With the Prespa agreement we recognize citizenship and not the ethnic groups it consists of. The irrelevant reports from the textbooks are removed. The names of monuments, infrastructures and public spaces change. The 16-hour star of Vergina is removed from every symbol of our neighbors and its use goes exclusively to Greece.

Ensure geopolitical stability and cooperation and limit the influence of third parties on our northern borders. Dionysios Solomos said that nationally is the true one. The Prespa agreement is the cornerstone of the friendship, cooperation and community of the people of the Balkans. Learn the truth”.