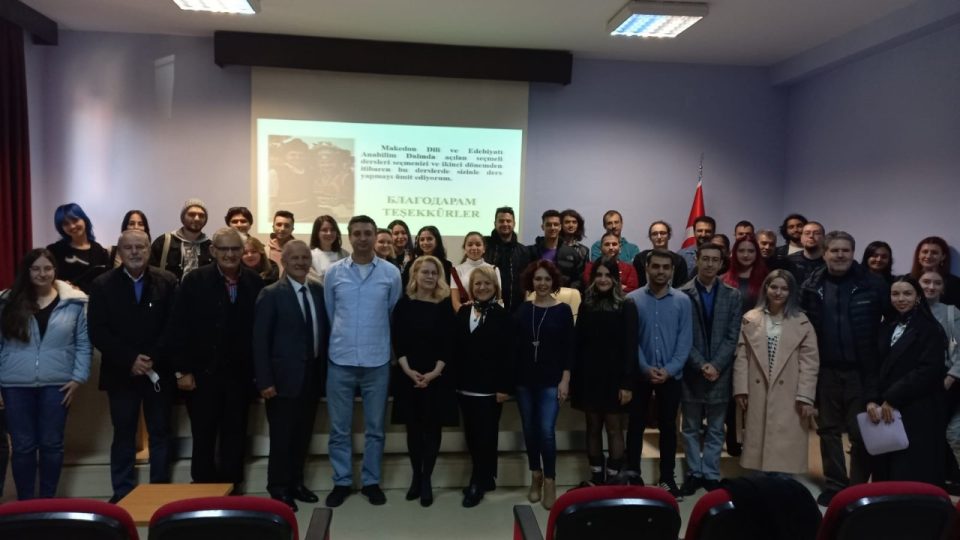 With the first, promotional class that was held yesterday at the Faculty of Languages, History and Geography, the Department of Macedonian Language with a lectorate at the University of Ankara started working. The new lectureship was opened almost 15 years after the previous one – at the University of Rijeka. The international seminar on Macedonian language, literature and culture at the University “Ss. Cyril and Methodius” in Skopje announced that a success of historical significance for Macedonian studies was achieved.

A new Macedonian department and a new Macedonian language lectureship are starting to work at a foreign university – the prestigious Ankara University in Turkey. Yesterday, the hall of the Faculty of Languages, History and Geography of Ankara University was small to gather all those who were interested in attending the first promotional class in Macedonian language. This is concrete confirmation that efforts and investments to intensify and advance cooperation with foreign higher education and scientific institutions are already yielding noticeable results in the development of Macedonian studies abroad, now also with the opening of new foreign Macedonian centers, points out the head of the international seminar on Macedonian language, literature and culture at the University “Ss. Cyril and Methodius”, prof. Dr. Vesna Mojsova-Cepisevska.

In addition to a large number of students, the class was attended by members of the Association of Turks of Macedonian origin, interested in learning the Macedonian language.

Roth: Macedonian is a language in a Europe of cultural diversity