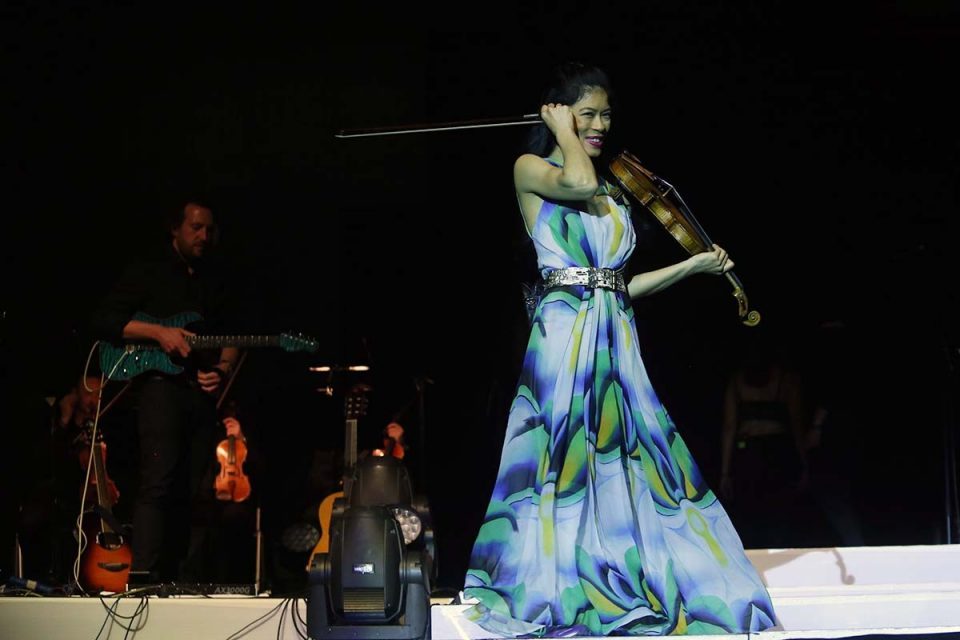 The 59th Ohrid Summer festival will open on July 12 with the concert of world-renowned British violinist Vanessa Mae, accompanied by the orchestra of Macedonian Philharmonic and Macedonian Opera and Ballet vocal soloists, under the baton of Bulgaria’s Ivan Kozhuharov.

As the director of the Ohrid Summer festival, Natasa Popović announced on Monday, almost two months before the opening of the festival, with the dedicated and professional work, the preparations for the 59th edition of the program were completed.

Popovic stressed that the Ohrid Summer is finalizing the organizational and technical works for the preparation of the festival stage.

A novelty this year will be the introduction of a tourist guide for artists who will take part in the festival and will be introduced to the cultural heritage as well as the historical sights of Ohrid.

Announcing the music events of this year’s edition, the music program selector of the Ohrid Summer Festival Vaso Ristov said that this year a quality and attractive program is planned for the 40 days of the festival, with many artists from Italy, Austria, Russia, Bulgaria, Germany, Czech Republic, Slovenia, Albania, Norway, Croatia, France, Serbia, Kosovo, Finland and other countries.