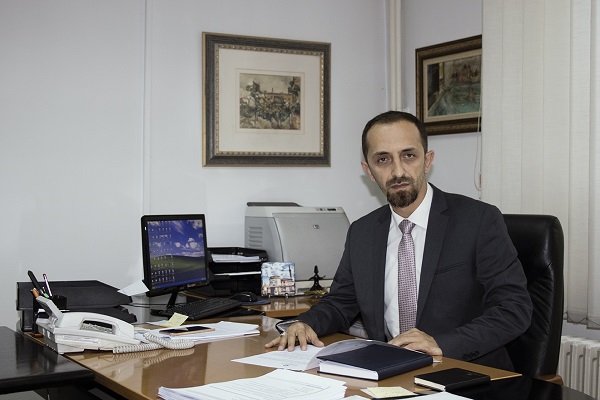 Valmir Aziri, State Secretary in the Culture Ministry, defended the decision of Minister Asaf Ademi to radically redistribute funding for cultural programs, saying that in the past Albanians were discriminated by the Ministry. Aziri, who like Ademi is Albanian, with this seemingly confirmed that the changes to the program were driven having in mind the idea to promote Albanian culture.
Some of the best known events like the Skopje Jazz Festival and Taksirat had their funding cut, and in their place the Minister announced funding for a grand opera about the Albanian national hero Georg Kastrioti Skenderbeg.

It’s disappointing that some of our Macedonian colleagues comment from a position of ignorance and criticize their ethnic Albanian colleagues. They say that the Albanian projects were supported to the detriment of their projects. This creates stereotypes about a community which contributes equally to the country. Last year too these so-called cosmopolitan artists stigmatized and spread prejudices and spoke with contempt about Albanian projects. They portrayed the Tetovo Jazz Festival, the Tetovo Film Festival and other concerts and art colonies as unserious projects, said Aziri.

The Zaev Government is the first in the history of Macedonia formed without majority support of ethnic Albanians. Zaev appealed to ethnic Albanian voters while losing Macedonian ones, and promised implementation of the so-called Tirana platform. Shortly after forming the Government he introduced Albanian priorities in the program such as full bilingualism across the entire country, diverting infrastructure funding toward projects in Albanian districts while the process to rename of the country only created further divisions. Redistributing funds from the Culture Ministry, even harming many supporters of Zaev’s SDSM party in the process, is the latest ethnic flash-point.