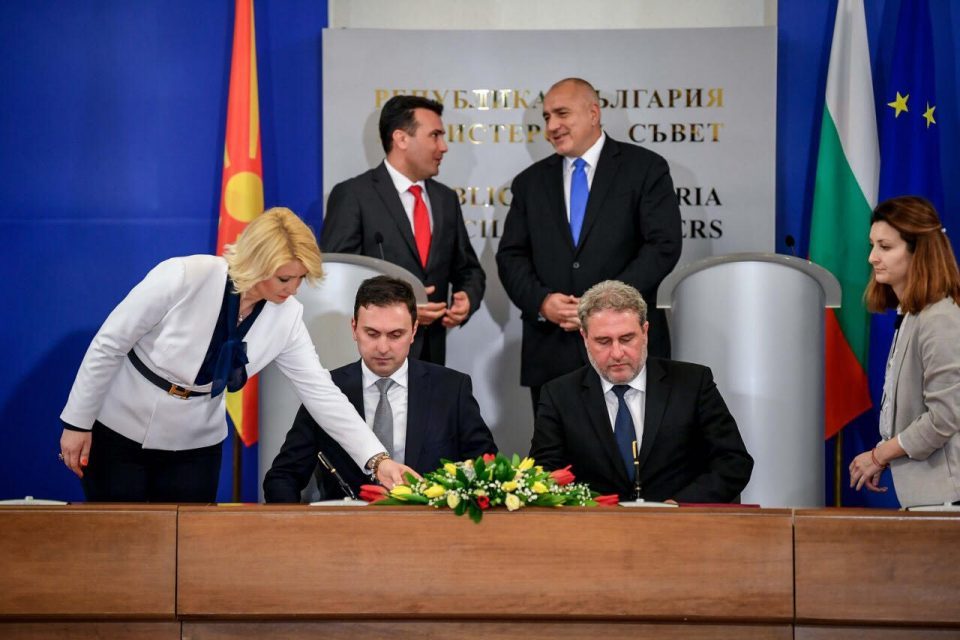 In the framework of the visit, the Minister of Culture with his Bulgarian counterpart Boil Banov signed the Cultural Cooperation Program between the Ministry of Culture of the Republic of Macedonia and the Ministry of Culture of the Republic of Bulgaria. This bilateral document, which builds on the signed neighborhood and friendship agreement and cooperation, will intensify the cultural ties between the two countries in which numerous initiatives and projects from all cultural activities have been realized over the years. In both countries since 2005, there are also cultural and information centers in which artists and institutions from both countries are continuously represented.

During the visit, the Ministers of Culture laid a wreath at the Goce Delchev monument in Sofia, marking the 147th anniversary of his birth, and at the same time attended the cultural and artistic program, which was realized on this occasion in the Cultural- the information center of the Republic of Macedonia in Sofia. The event was attended by artists from several countries who interpreted extracts from works of Petre M. Andreevski, Pejo Javorov, as well as Georges Bizet, Giuseppe Verdi, Johann Strauss and others.