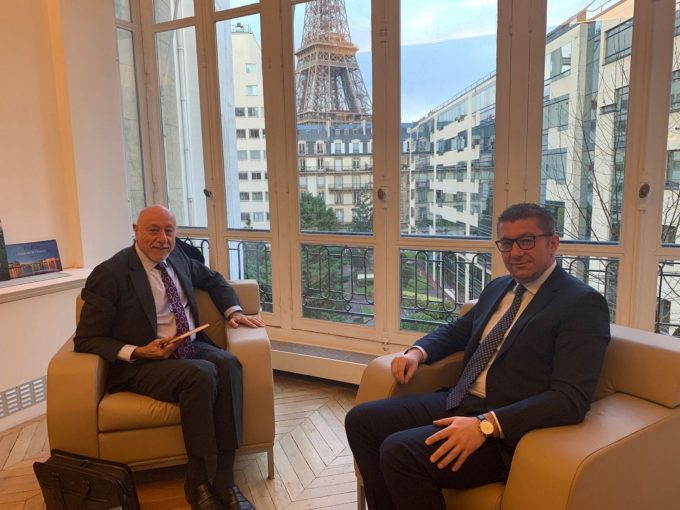 At the meeting, I indicated that the new Government that will follow after the elections of April 12th will be interested in strong and deepened business cooperation and utilization of Macedonia’s potentials in relation to foreign companies that will be focused on the realization of capital investments. The focus of the new government will be the creation of well-paid jobs, as well as the development of energy and technology projects that will provide modernization of the economy and society, Mickoski said on Friday.

The meeting also focused on several specific projects of interest to French companies.

I pointed out that there is a period of change in Macedonia and the establishment of a sustainable system of rule of law that will guarantee the security of the business community. Our interest is to turn Macedonia into a technological tiger in the Balkans, through a process of reforms that will bring economic boom, the new government will work for economic progress of all citizens, said Mickoski.