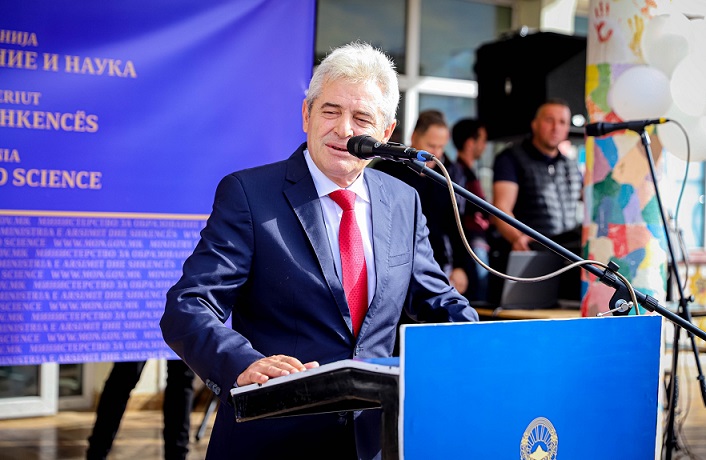 I think that elections are not a solution to the current situation, because there are much more important tasks ahead of us, said the leader of the Democratic Union for Integration (DUI) in response to a journalist’s question regarding VMRO-DPMNE’s request to hold early parliamentary elections next spring.

The screening should be carried out and the negotiations with the European Union should continue. In this process, there should be ethnic and inter-ethnic unity, because it is about the future of the state, about the future of the generations. And we all need to invest in that future, said Ahmeti after today’s event on the occasion of the Day of the Albanian Flag – November 28.

Regarding the announcements about the entry of the Alliance of Albanians into the government coalition, Ahmeti emphasized that the purpose of such an idea is to ensure “concentration in European integration”.

This whole topic has nothing to do with narrow party interests. This refers to harmonizing the political factor for greater concentration in European integrations, said Ahmeti.

He added that Prime Minister Dimitar Kovacevski is in talks with the acting president of the Alliance for Albanians, Arben Taravari, on this issue.

Details have not yet been discussed, the most important thing is that the parties have expressed their will for a process that requires unification and requires coordination, Ahmeti pointed out, adding that so far there has been no discussion about a possible redistribution of ministerial positions in the Government.

Ali Ahmeti: We will count the houses of officials