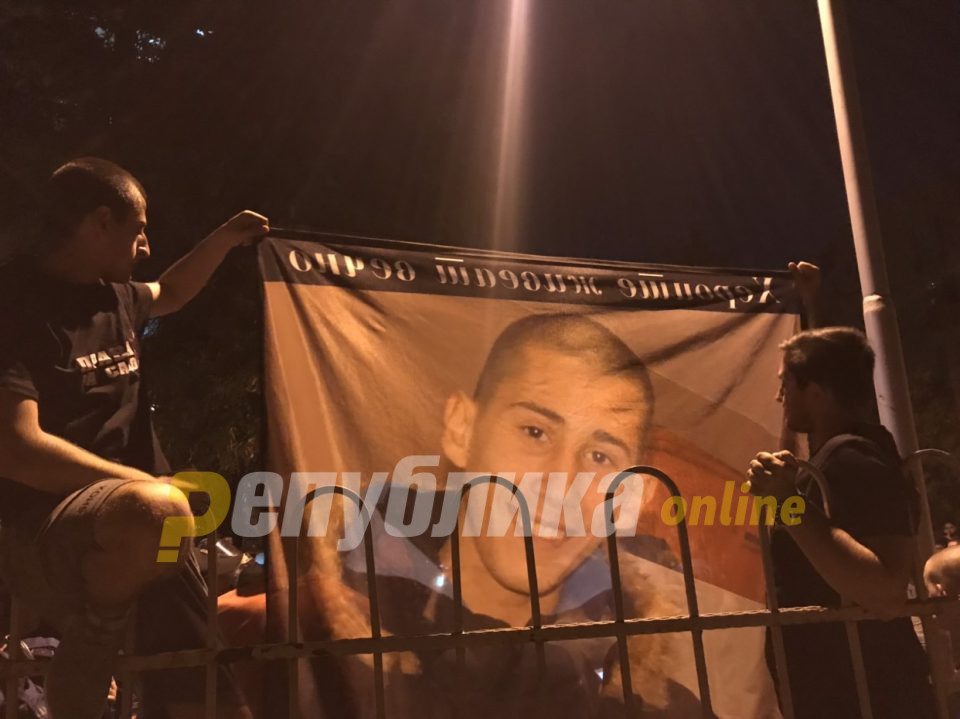 Families of the three ethnic Albanian football hooligans who beat a young Macedonian to death in 2018 will protest on Friday for their release.

Jeton Luza, Besir Belja and Skender Demiri were charged in the killing of Nikola Sazdovski – Sazdo (20), who was fan of the Macedonian Vardar club. The three Albanians were apparently following Sazdo and attacked him when he was waiting for a bus with his girlfriend, beating his head on the pavement and leaving him badly injured. He died days later in hospital.

Belja and Demiri were sentenced to 19 years in prison, later reduced to 16 years on appeal. Luza fled the country, but was recently extradited from Germany.

As in the similar ethnically charged case of the 2012 Good Friday massacre, Albanian organizations plan to protest in Skopje, after the Friday prayers, and to demand that the three killers are retried under a much lesser crime – not murder but violence with deadly outcome.

Mickoski called for unification – These elections should not be elections for power, but a referendum for Macedonia