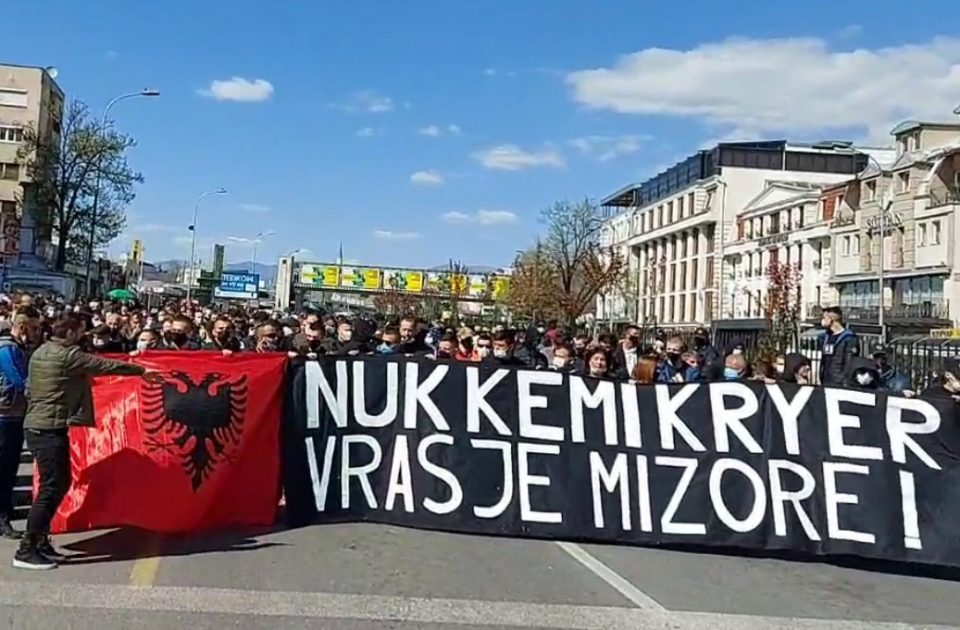 Hundreds of Albanian protesters marched to the main Skopje courthouse today to demand the release of the three murderers of ethnic Macedonian Nikola Sazdovski – Sazdo (20) in 2018. Two of the killers in the ethnically charged murder, Besir Belja and Skender Demiri, are sentenced to 16 years in prison while the third, Jeton Luza, is still on trial after being extradited from Germany, where he fled immediately after the murder.

The killers are part of a nationalist Albanian hooligan gang associated with football clubs in Skopje, while Sazdo was part of the Komiti fan group of the Vardar club. The three Albanians followed him and attacked him when he was alone with his girlfriend, bashing his head on the ground. He died from the injuries days later in hospital.

Protesters, who assembled in Skopje’s Cair district after the Friday prayers, demand that the three killers are tried for using force that resulted in death and not for premeditated murder. The protest is still on-going.

Mickoski called for unification – These elections should not be elections for power, but a referendum for Macedonia