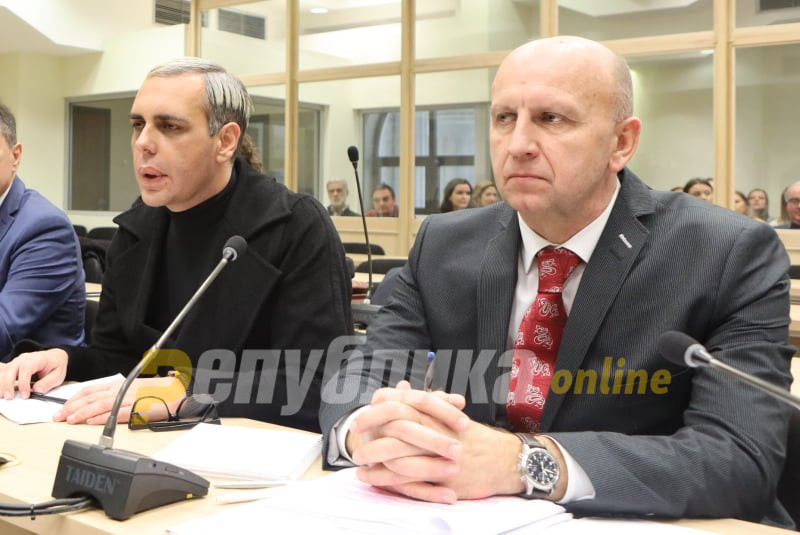 The hearing in the latest racketeering case against Bojan Jovanovski – Boki 13 was postponed due to his continued poor health because of which he is kept in hospital after complications from an ulcer surgery.

His lawyer Saso Dukoski said that the treatment of his client amounts to torture.

This is criminal what they are doing to him. He is being tortured and someone will be held responsible over it. Our request to allow him into house arrest was rejected but we will submit a new one. How can you keep a sick man in prison where he can’t receive any care?, Dukoski said.

Boki is sentenced to nine years in prison in the Racket trial which also brought down the corrupt Special Prosecutor Katica Janeva but he also faces a new racketeering trial which includes top SDSM party official Frosina Remenski. Throughout the trial he has protested that he suffers from poor health after a botched gastric bypass surgery conducted in the hospital managed by his racketeering victim businessman Jordan Orce Kamcev.

The next hearing is scheduled in late October. For months Boki 13 has also revealed that he has evidence about involvement of other top SDSM officials, mainly Prime Minister Zoran Zaev, in the racketeering group, but prosecutors have predictably refused to act.

Kamcev: I’m being prosecuted because of the revelations I made in the Racket scandal