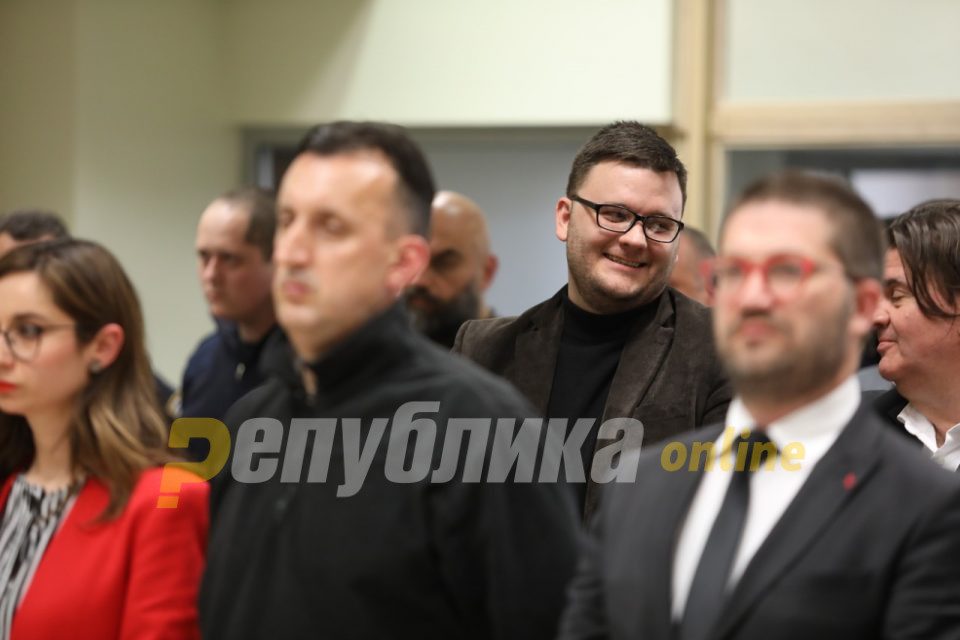 One of the most prominent political prisoners of Zaev’s regime, Jane Cento, joined in the calls to right wing voters to support Gordana Siljanovska – Davkova in the second round of the presidential elections and to reject the calls to boycott the election.

It is up to you whether you will help elect Gordana Siljanovska as the next President, which will spark early general elections in autumn and help dispatch this criminal gang into history, or if you will boycott and allow Zaev to have at least two more years to plunder the country and entrench himself in power with all means available. I know that a large number supports boycotting the elections, but if we help elect Siljanovska, the criminal Government will be brought to its knees. A boycott risks making Pendarovski President and legitimizing the project “North”. Our opponents are Zaev and his Government which changed the name by buying votes in Parliament, and if Pendarovski wins, we will only get another opponent, giving Zaev absolute power over the institutions and making it that much more difficult to bring him down, Cento said.

The heir to the name of the Prilep family which helped found modern day Macedonia is sentenced to 15 years in prison in a politically staged trial. In his remarks, he points out to Zaev’s and Pendarovski’s freefall in the first round of the presidential elections, while at the same time VMRO-DPMNE held firm and the Albanian opposition parties saw a strong increase in votes.

Some in the pro-boycott camp are afraid of widespread ballot stuffing in Albanian districts, which was evident in the 2018 name change referendum, but also during the 2004 presidential election when Pendarovski was head of the State electoral commission and he turned a blind eye over this practice, as it favored SDSM leader Branko Crvenkovski’s presidential nomination. Crvenkovski later rewarded Pendarovski by appointing him his top adviser. Albanians had a tremendously low turnout in the first round, but ballot stuffing could help Pendarovski best Siljanovska, and some in the boycott camp are using this as an argument to undermine the elections by abstaining from voting and driving turnout below the required 40 percent.

SDS had a disastrous result and support for all opposition parties will grow. Don’t expect that Albanians will all support Stevo. Albanians also want to bring Zaev down, they also want change, after being lied to in the past two years, Cento responds to these calls.