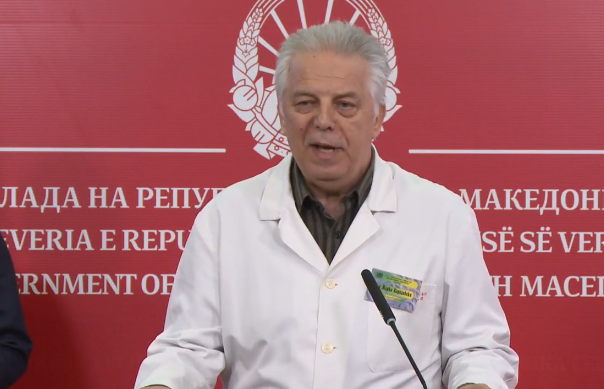 After the State Statistics Bureau (DZS) agreed that it will postpone the census if medical experts advise so, the pressure is on the Committee on Infectious Diseases and its chief, doctor Zarko Karadzovski. Recommendations from the Committee are usually adopted as proposed by the Government, but the census is a politically charged issue and the Zaev regime has invested a lot of its remaining credibility in seeing it through in April, even with the number of cases spiralling quickly.

Faced with public pressure as citizens are scared from the idea of allowing a census team in their homes, for at least half an hour, after the team has visited a number of neighboring families, DZS director Apostol Simovski acknowledged that if the medical experts decide it is not safe, the census will be called off. The opposition VMRO-DPMNE party, whose leader Hristijan Mickoski is currently recovering from a bad Covid-19 infection, demands that the census is postponed for September, and that the focus is shifted to providing vaccines.

But Zoran Zaev seems to have an agreement with his ethnic Albanian coalition partners, to deliver a census with few security arrangements, that would inflate the Albanian share of the population. He has insisted that the census will take place in April, and Simovski has supported Zaev’s position, even threatening citizens who refuse to allow census teams in their homes with fines. Still, as the daily Healthcare Ministry reports become grimmer and grimmer, the pressure on the entire regime is becoming stronger to call the whole thing off.