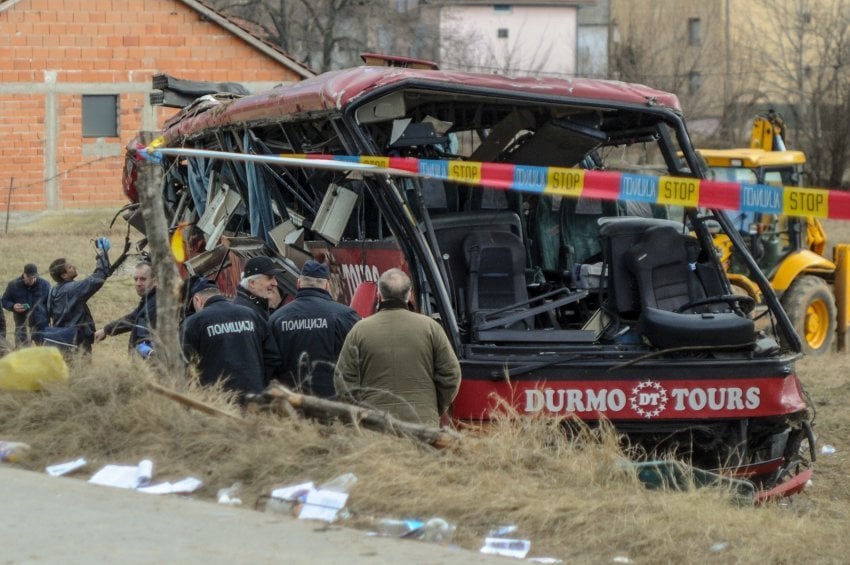 The trial on the bus accident near the village of Laskarci that killed 16 passengers on February 13 this year resumes at the Criminal Court in Skopje. Eyewitnesses from the “Durmo Tours” bus were called to testify at the trial.

Witness Lulzim Dalipi, who was sitting in the front row of the bus, said the driver, Manoli Trifunovski, the sixth defendant in the case, had used his mobile phone several times on the day of the tragedy, from the departure from the Skopje bus station to the toll station in Glumovo.