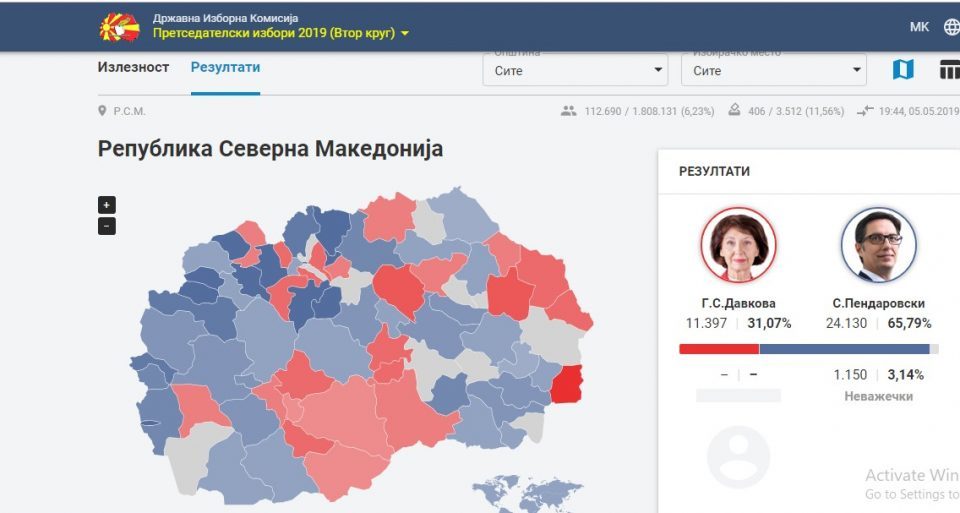 After the initial 3 percent of the votes counted, the ruling majority candidate Stevo Pendarovski has a lead of 65 to 31 percent for Gordana Siljanovska – Davkova. As more polling stations reports their results to the SEC, the count will become more representative of the country. Siljanovska and Pendarovski were essentially tied after the first round.

What is certain so far is that the threshold of 40 percent turnout was reached, meaning that the elections will be valid.

Pendarovski lamented how no politicians were arrested for corruption, in his Parliament address attended by Zaev and Remenski