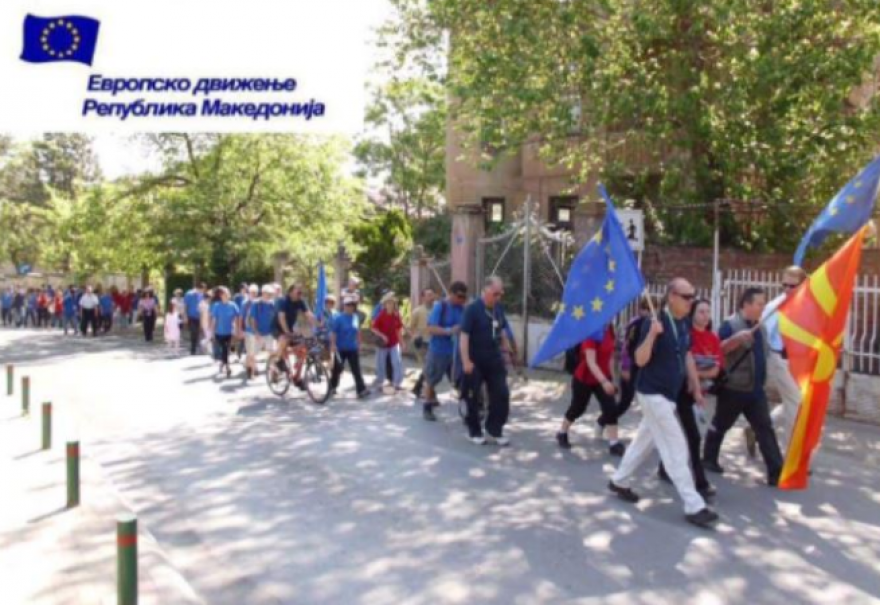 The European Movement of Macedonia and the EU Embassy in Skopje organized their traditional hike on Mt. Vodno, to celebrate Europe Day.

EU Ambassador David Geer and Mileva Gjurovska from the European Movement led the group of dozens of hikers who carried EU and Macedonian flags and planted them on the top of the mountain. The day is celebrated on May 9th, traditionally Victory Day, and this year Macedonia again awaits a possible approval from the EU to open its EU accession talks – like it has since 2005.

The climb reminds us that the path to the EU is not so simple and easy and so, in a symbolic way, we wanted to put in some more effort in the accomplishing of our mission. But we also had another message, that Macedonia has many mountains, and we should enjoy them more, Gjurovska said.