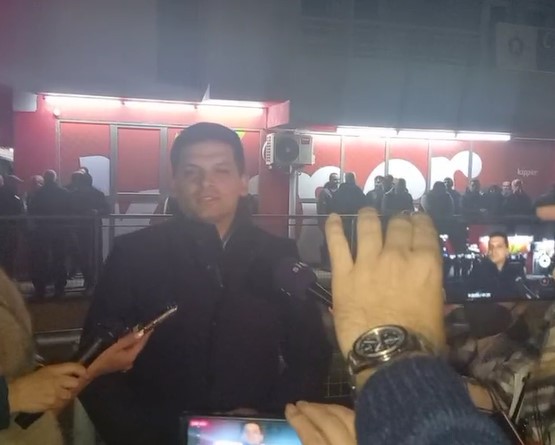 VMRO-DPMNE candidate Kiril Pecakov declared an unexpected first round win in the mayoral race in Ohrid.

His supporters are already gathered in the center of the historic city to celebrate.

All of Ohrid clearly gave the support for VMRO-DPMNE, doctor Pecakov said, adding that he enjoys a wide lead over the incumbent Mayor Kostantin Georgievski from SDSM.

Georgievski faced major problems with the urban mafia in the city, at one point acknowledging that he can’t stand up to the developers because “they may kill me”. Georgievski’s runaway DUI coalition partner Nefi Useini was terrorizing the city during the entire four year term, which likely contributed to the VMRO win.

Lake Prespa water levels are 1.62 meters below the November average